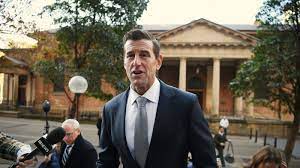 Sydney, Jun 7:Australia’s most decorated living war veteran on Monday began a defamation trial against three Australian newspapers that he alleges depicted him as a criminal who broke the moral and legal rules of military engagement in Afghanistan.
Victoria Cross recipient Ben Roberts-Smith is suing The Sydney Morning Herald, The Age and The Canberra Times in the Federal Court in Sydney over articles published in 2018.
The former Special Air Service Regiment corporal has rejected all allegations against him while Nine Entertainment, which owned all three newspapers in 2018, is relying on truth as its defense.
Roberts-Smith’s lawyer Bruce McClintock described his 42-year-old client as a courageous, highly organized and disciplined leader who risked his life in battle in line with the SAS motto of “Who Dares Wins” during tours between 2009 and 2012.
“This is a case about courage, devotion to duty, self-sacrifice,” McClintock told the court.
Roberts-Smith’s reputation had been torn down by lies and “corrosive jealousy” by “bitter people” who had run a “poisonous campaign against him,” McClintock said.
Other soldiers developed “enormous jealousy” at Roberts-Smith’s military awards including his Victoria Cross, the highest and most prestigious award of the Australian honors system, the lawyer said.
McClintock read from Roberts-Smith’s official citation for his Victoria Cross which commended him for “selfless valor” during an intense firefight in Kandahar province in 2010 while “showing total disregard for his own safety.” Roberts-Smith had engaged insurgents at point-blank range, killing several of them, to take a fortified position, exhibiting conspicuous gallantry, McClintock said.
Roberts-Smith would deny allegations of bullying and an allegation that an enemy insurgent killed on a patrol was aged 13 or 14.
“My client will give evidence that he was an adult male,” McClintock said.
Roberts-Smith, who is an executive at Seven West Media, a rival of Nine, is expected to be the first witness called in the 10-week trial.
An Australian military report into war crimes released in November found evidence that elite troops unlawfully killed 39 Afghan prisoners, farmers and civilians.
Australian Defense Force Chief Gen. Angus Campbell said the record included instances in which new patrol members would shoot a prisoner to achieve their first kill in a practice known as “blooding.”
Campbell said the soldiers would then plant weapons and radios to support false claims that the prisoners were enemies killed in action.
He said the report recommended that 19 soldiers be investigated by police for possible charges, including murder. He did not say whether Roberts-Smith was a suspect.
Campbell reacted to the report by taking citations from more than 3,000 special forces troops who had served in Afghanistan.
But new Defense Minister Peter Dutton in April reversed that decision, saying: “We shouldn’t be punishing the 99 per cent for the sins of 1 per cent.”
Around 39,000 Australians served in Afghanistan and 41 were killed. (AGENCIES)