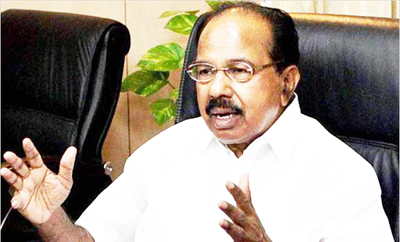 The Government has invited applications from “outstanding individuals”, even from the private sector, for the joint-secretary level in different ministries. Advertisements were published in leading newspapers last week.

Moily, who served as the chairman of the Second Administrative Reforms Commission, claimed to have learnt that a branch of the RSS was conducting the orientation programme for Indian Statistical Service (ISS) officers.

This mechanism, Moily alleged, was a way of furthering a plan to saffronise 25 per cent of the IAS officers. (AGENCIES)