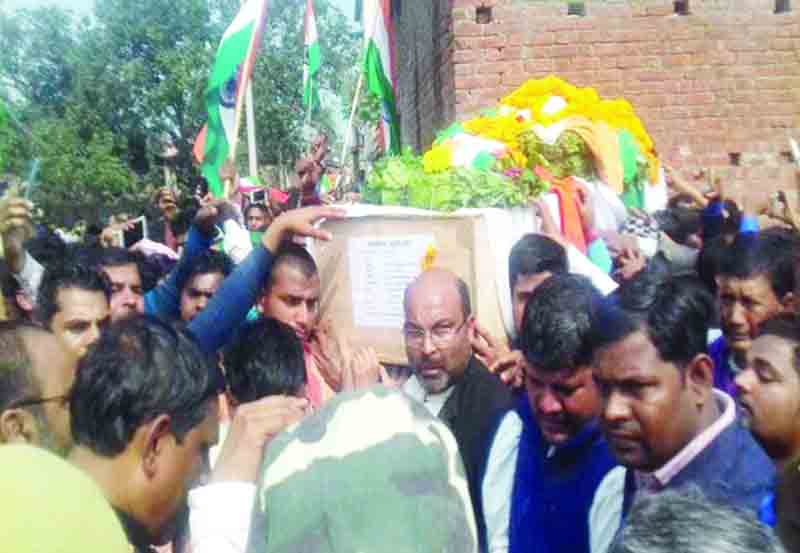 MAHARAJGANJ, Feb 16: The last rites of Jawan Pankaj Tripathi, martyred in the fidayeen attack on the CRPF convoy in Jammu-Kashmir’s Pulwama, were performed with full state honours here on Saturday.
After the mortal remains of the martyr reached his residence at Harpur Belhiya Tola village in the district, the people of the village tried to console his wife Rohini, mother Sushila, father Om Prakash Tripathi and younger brother Shubham. The last rites of the Jawan were performed at the Trimuhani ghat of Rohini river at 1400 hrs on Saturday. Huge number of people were present at the spot who raised slogans like ‘Bharat Mata Ki Jai’ and ‘Veer Jawan Amar Rahe.’
Union Minister for State (Finance) Shiv Pratap Shulka, MP Pankaj Chaudhary, District Magistrate (DM) AN Upadhyay, Inspector General of Police (Gorakhpur) and other senior officials were also present during the funeral proceedings.
The locals said that Pankaj had come for a two-month holiday in December and had set out for Jammu-Kashmir for joining service on January 10. (UNI)