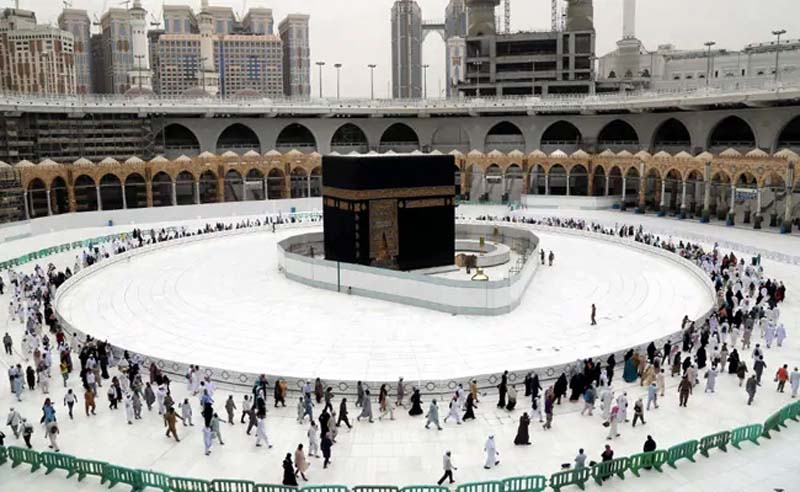 MUMBAI, Dec 10:
The last date for submission of application forms for Haj 2021 has been extended to January 10, Union Minority Affairs Minister Mukhtar Abbas Naqvi announced today.
According to a statement issued by the Minister’s office, the embarkation point-wise estimated cost per pilgrim has also been reduced.
Naqvi also said that the Haj is scheduled for June- July 2021, and the entire process is being followed as per the guidelines issued by the Governments of Saudi Arabia and India in view of the COVID-19 pandemic.
“Today, December 10, was the last date for submission of application forms for Haj 2021, and now it has been extended to January 10, 2021,” the statement said quoting Naqvi after he chaired a meeting of the Haj Committee of India here.
Over 40,000 applications have been received so far for Haj 2021. These include more than 500 applications under the category of women (desirous of travelling) without ‘Mehram’ (male companion), the statement said.
For the Haj 2020, more than 2,100 women had applied under without ‘Mehram’ category. These women will go for Haj 2021 as their applications remain valid, it said.
Besides, new forms are also being accepted from women who want to perform Haj 2021 without ‘Mehram’, it said.
All women willing to travel under this category will be exempted from the lottery system, the statement said.
People have been applying online, offline and through the Haj mobile application, it said.
Naqvi said after discussions and feedback received from Saudi Arabia, the embarkation points-wise estimated cost per Haj pilgrim has been reduced.
“The estimated cost per pilgrim after reduction is approximately Rs 3,30,000 for Ahmedabad and Mumbai embarkation points, Rs 3,50,000 for Bengaluru, Lucknow, Delhi and Hyderabad, Rs 3,60,000 for Cochin and Srinagar, Rs 3,70,000 for Kolkata and Rs 4 lakh for Guwahati embarkation point,” he said.
Naqvi said the national-international protocol guidelines in view of the pandemic situation will be implemented and followed “strictly” during the Haj 2021.