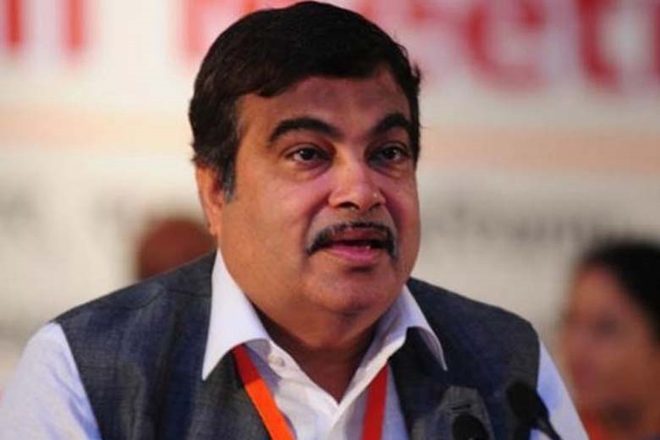 NEW DELHI : To augment India’s border infrastructure, a large number of highway projects are underway including in Jammu and Kashmir, Arunachal Pradesh, Uttarakhand, Rajasthan and Himachal Pradesh, both by the BRO as well as NHIDCL, Union Minister Nitin Gadkari said.
Work is also progressing on 17 strategic highway-cum-airstrips, three of which have been completed, he said.
Besides, work is on in full swing on the Rs 12,000 crore ambitious Chardham project for providing all-weather connectivity to Gangotri, Kedarnath, Yamunotri and Badrinath.
The Border Roads Organisation (BRO) has achieved a major milestone in the project by successfully digging a 440-metre long tunnel below the busy Chamba town on the Rishikesh-Dharasu national highway, he said.
“We have completed three of the 17 strategic projects where highway stretches can double up as airstrips, mostly in border areas. Work on others is progressing fast,” the road transport and highways minister told PTI.
The projects, in collaboration with the defence ministry, will enable highway stretches to double up as airstrips when needed in border areas where there are no airports in 300-400 km vicinity, he said.
The minister said traffic operations on such strips, which are already minimal as they are in remote areas, would be controlled via railway type electronic gates in case of need for airplanes to land or take off.
Earlier, a committee was constituted comprising officials of both the highways and defence ministries to come out with specifications for such highway stretches.
“In addition, we have taken up a large number of projects to boost infrastructure in border areas to develop the same under Bharatmala. These include Rajasthan border, Jammu and Kashmir borders, Himachal Pradesh, Uttarakhand and the northeast including Arunachal Pradesh. The intention is all round development of such areas, to boost industries there and create employment,” the minister said.
A large number of these projects are being executed by BRO and the National Highways and Infrastructure Development Corporation (NHIDCL), he said.
A total of about 34,800 kms are being considered in Phase I of the Bharatmala Pariyojna at an estimated cost of Rs 5.35 lakh crore.
“Sound infrastructure brings industries and employment. Simultaneously, it will boost the value of the agriculture and other produce in the border areas,” Gadkari said.
Much work has been done on the Rs 12,000 crore Chardham project to ensure all-year connectivity to Badrinath, Kedarnath, Gangotri and Yamunotri.
The latest Austrian technology has been used in Chamba tunnel, a major link of Chardham project, he said, adding the tunnel will be opened for traffic by October 2020, three months ahead of its scheduled date of completion of January 2021.
BRO has been working in some of the most difficult terrains and ensuring implementation of critical projects, he said. It has been entrusted with 251 kms of the Chardham project and this consists of 17 packages out of which 10 projects of 151 km have been sanctioned.
He said BRO recently completed a strategically crucial road from Dharchula to Lipulekh, popularly known as Kailash Mansarovar Yatra route.
The newly built 80-km road connects the Lipulekh pass at a height of 17,000 feet along the border with China in Uttarakhand with Dharchula. With the completion of this project, the arduous trek through the treacherous high-altitude terrain can now be avoided by the pilgrims of Kailash Mansarovar Yatra and the period of journey will be reduced by many days.
At present, the travel to Kailash Mansarovar takes around two to three weeks through Sikkim or Nepal routes.
The Darchula – Lipulekh road is an extension of the Pithoragarh-Tawaghat-Ghatiabagarh road. It originates from Ghatiabagarh and terminates at Lipulekh Pass, the gateway to Kailash Mansarovar. In this 80 km road, the altitude rises from 6,000 feet to 17,060 feet.
BRO had lost many lives in the construction of this road and 25 equipment were also badly damaged after they fell into Kali Nadi. But despite all odds, in the last two years, BRO could increase its output by 20 times by creating multiple attack points and inducting modern technology equipment. Helicopters were also extensively used to induct hundreds of tonnes of equipment into this sector, the government had said.
The minister also suggested converting old defence aircraft into cargo carriers to boost cargo transportation from remote areas and thereby spur the economy of these regions.
“There is need to explore the possibility of converting old defence and airlines aircraft into cargo carriers,” he said, adding that pilots can be employed on contract basis.
The minister also said the government is constructing 22 green expressways to augment the country’s overall infrastructure. (AGENCIES) 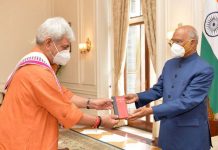 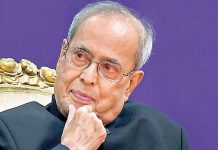 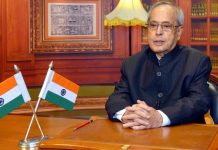 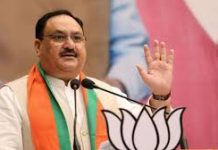 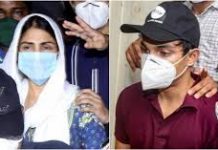 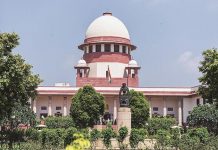 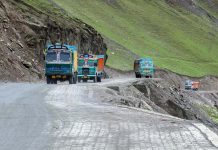 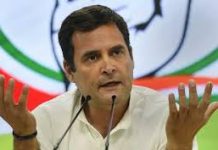 EIA draft must be withdrawn to stop ‘environmental destruction’: Rahul