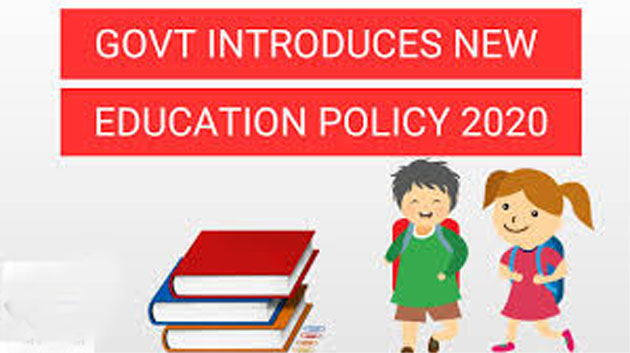 It was overdue, it was long desired and after nearly a wait of over three and a half decades, a New National Education Policy has been announced by the Union Government which broadly aims at making India a global knowledge superpower. For that, 6 percent of the GDP would be allocated for achieving which the centre and the states shall have to work together to increase the public investment. School and college education shall be undergoing series of reforms in order to prepare Indian students to face successfully the world of 21st century. The policy envisages a stress on total scientific temper, mathematical thinking, elasticity of inter disciplinary choice, semester basis higher education and memorising learning, understanding the concepts and the basics, replacing University Grants Commission, AICTE and NCTE and establishing single higher education regulator. Existing 10+2 system has been replaced by 5+3+3+4 education school curriculum plan where understanding basics in primary strata will be in mother tongue or regional language and pre -primary classes would be rid of the burden of books and curriculum which was found inconsistent with both the requirement as well the endurance of the children. Too much importance accorded to learning and toiling in learning English language from the basic and primary levels is done away with. There are common norms for public and private higher education institutions and for admission in the universities, there shall be Common Entrance Tests.
The new Education Policy allows multiple entry and exit across higher education levels. Formal schooling for children aged 3- 6 and foundational stage, viz 3-8 years age shall have play based learning. That actually is an innovative step in accordance with the demanding overall situation. M-Phil is gone and after M.A, one could straightaway go in for the PhD course. Though the layers of the full new Education Policy and its wider positive impact on an over 34 years oriented system shall be unfolding in due course, the fact is that while all the Governments during these over three decades paid little attention to bringing in the desired improvements in the Education Policy, devising such a system of education which laid emphasis beyond studying and learning for passing examinations and getting degrees was being increasingly felt across the country. Vocational, technical, scientific, innovative and research oriented education system with no inflexible separation of streams are the chief characteristics of the new policy where academic liberty and choice to suit the students’ likes and autonomy of breaking courses in between, would not cost them the particular year and would be entitled to certificates and degrees as compartmentalised distinctly in the policy. In other words, a break of a year in between a course in college and higher education would not tantamount to breaking the course but would be duly reckoned and evaluated.
That it took the present Government some reasonably considerable time in coming out with a comprehensible non stereo and non cut and paste policy is worth it seeing the quantum of flexibility and innovative shape given to it and in comparison, the static, inelastic and a state of ‘touch it not’ attitude adopted to the most sensitive and critical Education Policy all these years have really dragged the students community backwards compared to the modern, demanding vocational and career oriented education system prevailing in the most advanced nations. That Education Policy and imparting education in itself should never be subjected to political considerations needs to be understood very passionately. More investments, at least to the extent of proposed 6 percent of the GDP to be spent on education must be scrupulously ensured. That is an implicit direction to divergent political opinion across the country to lend the new policy full support both inside the Parliament as well as outside. We are conscious of the glaring fact that in such a vast country with lot of divergent opinions on various subjects, no policy ever devised could be universally acceptable but looking to the overall plummeting standard of our education standard in our rural and semi urban areas which constitute a major part of the country, this policy suits the emerging situation the best.
What we need is a uniformity in running higher education institutions and a well devised methodology adopted for admission into these places of higher learning. Multiplicity of governance, disparity and heterogeneity in curriculums and more emphasis on rolling out just degree holders from college and university levels needed to undergo changes as per the changed and demanding situations. It is hoped that the New Education Policy (NEP) which apparently has been built on the pillars of “access, equality, affordability and accountability” shall really transform the entire system into making this country into a hub of knowledge. The teachers must play a leading role where standards of knowledge, hard work, dedication and performance must work in tandem.