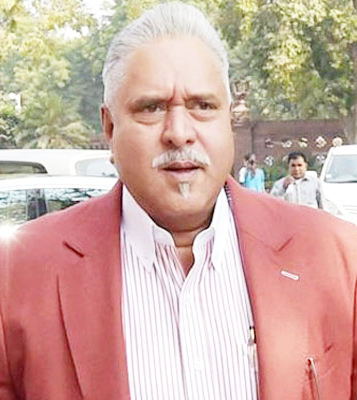 MUMBAI : Expanding its money laundering probe into L’affaire Mallya, the Enforcement Directorate has asked around half a dozen lenders of Kingfisher Airlines to furnish details of the financial transactions conducted by the long-grounded air carrier and its top executives.
“The banks have been asked to furnish details of all domestic and foreign inward and outward remittances of KFA (Kingfisher Airlines). Information such as from which accounts the money came in and to which accounts they were transferred, have been given to the ED,” a source said.
“The aim, it seems, is to look at whether there was any case of money laundering or whether the money was parked in any tax haven,” said another source.
The Enforcement Directorate had asked for financial details from both public and private sector banks and a part of these details were submitted last week.
So far, the ED was focussing on Rs 900-crore loan that IDBI Bank had given to KFA to investigate whether there was any money laundering involved. The move to seek details from more banks indicates widening of the probe into the Mallya saga.
Last month, a PMLA (Prevention of Money Laundering Act) Court had issued a non-bailable warrant against the fugitive baron Vijay Mallya in the IDBI case. (AGENCIES)