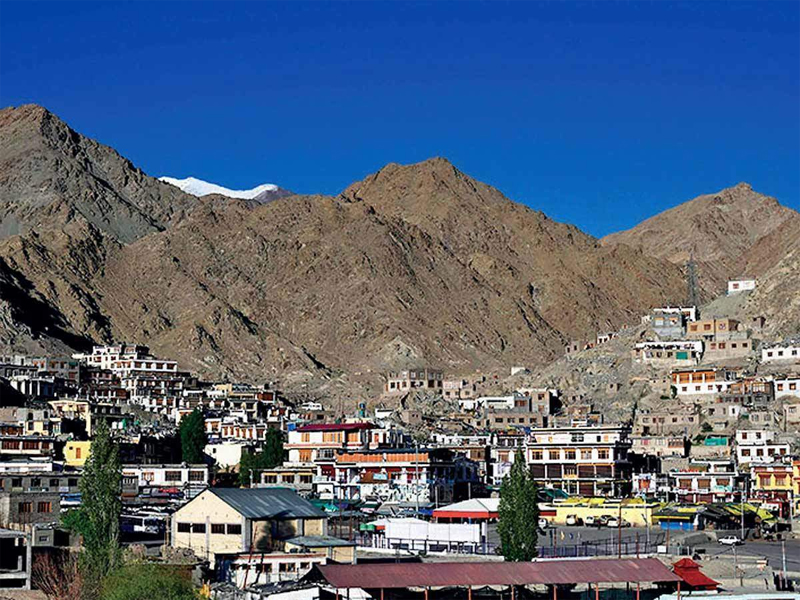 Excelsior Correspondent
JAMMU, Sept 27: Ladakh is scheduled to witness more tours of Union Ministers, Parliamentary Standing Committees (PSCs) and bureaucrats as part of the Public Outreach Programme launched by the Central Government in the Union Territories of Jammu and Kashmir and Ladakh.
After the visit of several Union Ministers and PSCs, another PSC Subordinate Legislation headed by Balashowry Vallabhanemi is visiting the Union Territory of Ladakh from October 4 followed by visit to Jammu and Kashmir.
The PSCs on Home Affairs, Public Accounts Committee, Housing and Urban Development, Commerce etc have already visited the Union Territory of Ladakh. Lok Sabha Speaker Om Birla too had visited Leh on a three-day visit followed by his tour to Kashmir.
Official sources told the Excelsior that the Central Government has decided to depute more Union Ministers and bureaucrats to Ladakh to address issues of the people and the administration. The PSCs will also meet people, UT administration representatives, locals and Hill Council Chairpersons and Members.
The PSC on Subordinate Legislation will meet representatives of the Border Roads Organization (BRO) and Indo-Tibetan Border Police (ITBP) with reference to Rules and Regulations governing their functioning in the Union Territory on October 4. The Members Parliament will hold discussions with representatives of PFC Limited and RET Limited particularly on regulatory mechanism/regulations framed for implementation of various schemes and programmes.
Next day, they will meet officials of NTPC Limited and NHPC Limited on Rules and Regulations governing functioning of the organizations pertaining to environment protection under various Central Laws particularly Environment Protection Act, Forest Protection Act, Air Prevention and Control of Pollution Act and Water Prevention and Control of Pollution Act, Central Labour Acts particularly Minimum Wages Act, Industrial Disputes Act, Employees State Insurance Act and Payment of Gratuity Act, recruitment and conditions of services of employees in NTPC and NHPC Limited and regulations for engagement of contract labourers by the two organizations.
The PSC will be in Kashmir on October 6 and 7.
Apurva Chandra, Secretary, Ministry of Information and Broadcasting, Government of India will be in Leh on October 28 and 29 on official tour.
Chandra will meet top officials of the Union Territory administration to discuss the issues pertaining to the Ministry.
It may be mentioned here that Union Minister for Information and Broadcasting Anurag Thakur had visited Ladakh for three days and launched new transmitters of All India Radio and Doordarshan in Kargil and inaugurated First Himalayan Film Festival in Leh.
Anjana Panwar, Member, National Commission for Safai Karamcharis, Government of India will be visiting Leh and Kargil districts on 5-day visit to the Union Territory of Ladakh during which she will visit several localities, meet officials of the UT administration and representatives of the Hill Councils.
Sources said more Union Ministers, Parliamentary Standing Committees, bureaucrats and Commission members will shortly visit the Union Territory of Ladakh to meet people, officials and Hill Council representatives to address issues faced by the people.
“The Parliamentary Standing Committees which have concluded the visit of Ladakh will start submitting their observations and reports shortly,” sources said, adding issues faced by the people will not only be highlighted but addressed.
In addition to the Parliamentary Standing Committees, several Union Ministers have also visited the Union Territory of Ladakh and more will be visiting shortly, sources said.
It may be mentioned here that the Central Government has launched Public Outreach Programme-II in Jammu and Kashmir for eight weeks during which 70 Union Ministers have either visited or will be visiting the Union Territory meeting people, officials in the administration etc to listen to public grievances and get them redressed.