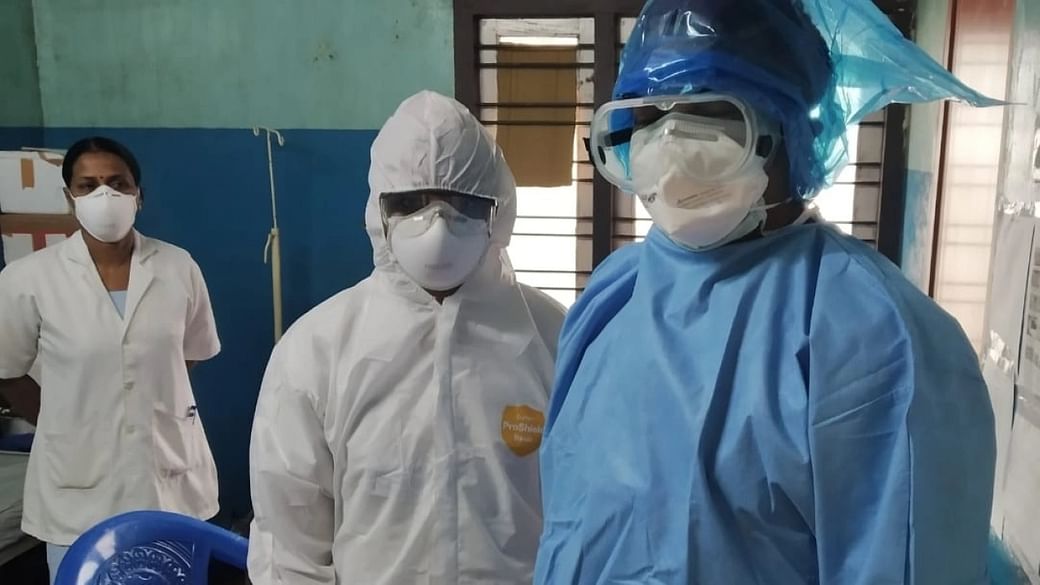 NEW DELHI: Domestic airlines might be resuming services on Monday after being grounded for two months but scores of pilots and first officers seem to be concerned over lack of clarity on quarantine requirements for them.
Several cockpit and cabin crew members have moved to their home towns from their base stations in the wake of the nationwide lockdown imposed on March 25. Now, many of them are returning to their base stations to report for duty.
On May 20, Minister of State for Civil Aviation Hardeep Singh Puri announced that domestic passenger flights would resume in a calibrated manner from May 25, two months after the services were suspended due to the lockdown to curb spreading of coronavirus infections.
PTI spoke to many captains and first officers from different airlines, including IndiGo, Vistara and SpiceJet, about preparations for resumption of flights. Many of them raised concerns over issues like quarantine procedures, personal and family safety, and flying into regions badly hit by the pandemic.
“There is no clarity on whether I need to go into home quarantine for 14 days after returning to my base or show up for duty on Monday,” a pilot said, requesting anonymity.
He said several others like him had left their base stations, undertaking inter-state travel amid the lockdown.
“(What happens) if someone is returning from Uttar Pradesh to West Bengal or Rajasthan or going from Delhi to Hyderabad, or Haryana to Gujarat. My airline has sent me a mail stating that I need to be ready for duty but did not say anything about the quarantine procedure,” the pilot said.
He noted that several states have a rule that any outsider has to go for a mandatory 14-day quarantine.
“So does that mean I have to go for a 14-day quarantine after every flight? If that is the system, then I find it illogical. There is no clarity on this from the civil aviation ministry nor from my airline,” he added.
A woman pilot said that before all operations were suspended in March, there have been incidents of flight and cabin crew being harassed by neighbours and residential societies.
“People have only grown more concerned about the COVID-19 and there is still fear among crew about how are people in their neighbourhood going to react even though the crew are ready to work,” she said, wishing not to be identified.
Some airlines have told their employees to abide by the rules laid down by local authorities of their city or district and follow guidelines given by their respective Resident Welfare Associations (RWAs).
“In Noida, RWAs have a strict rule. If you were onboard a flight, you have to quarantine yourself for 14 days,” a pilot from a full-service carrier said.
A leading budget carrier, however, has told its crew that anyone living in a containment zone — place having positive cases — would not be put on duty.
A ground handling staff of an airline said companies are relying on the Aarogya Setu app and anyone with a ‘safe status’ on it can get onboard a flight, be it a passenger or a crew.
“My airline is not even asking for any COVID-19 test or report from the crew and is relying on the Aarogya Setu app.
“I don’t know how accurate the app would be in case the crew has travelled far and wide. Not taking their COVID-19 test could put passengers as well as their own crew members at safety risk,” the Delhi-based staffer said.
Against the backdrop of rising coronavirus cases, many states have restrictions in place to prevent spreading of the infections. (AGENCIES)