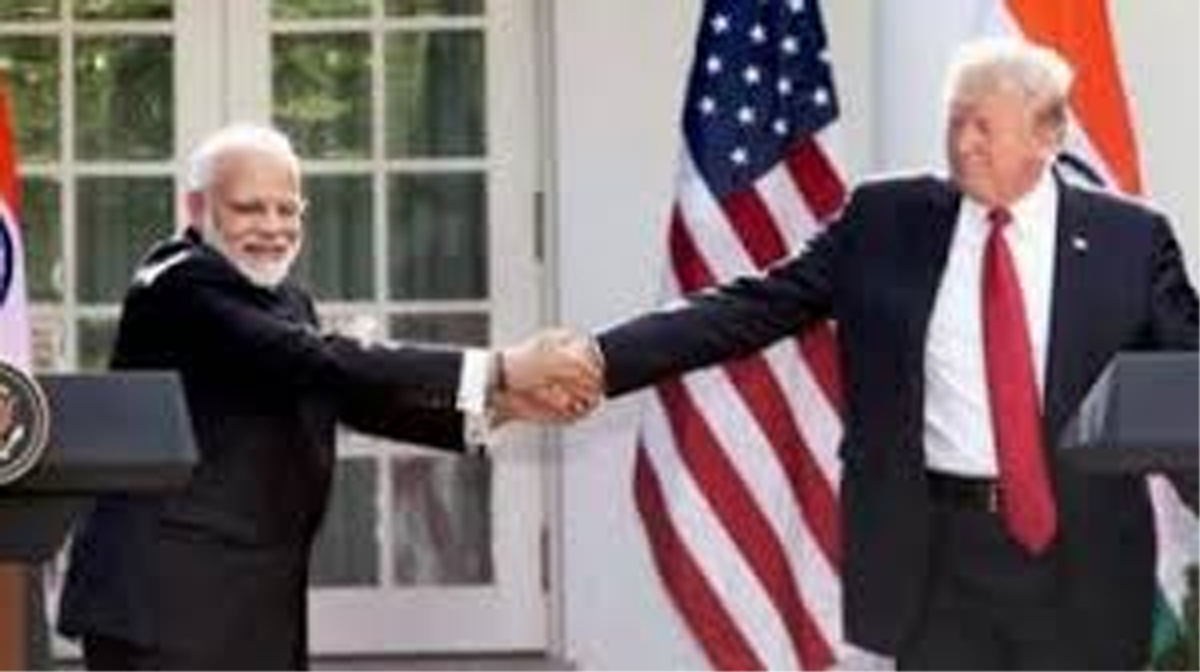 WASHINGTON, July 8:Reflecting the new Indo-US bonhomie, the White House has lined up its top officials, including the all-powerful Jarred Kushner, for a India-centric business conference here this week.

The move comes close on the heels of the meeting between Prime Minister Narendra Modi and US President Donald Trump in Japan last month.

The event featuring House of Representative Speaker Nancy Pelosi, the most powerful Democratic leader, would send an unmistakable signal that Indo-US ties enjoys a strong bipartisan support on the lines of that of the US-Israel relations.

The White House is sending two of its Cabinet ministers, Energy Secretary Rick Perry and Commerce Secretary Wilbur Ross, for the second annual Leadership Summit of the US India Strategic and Partnership Forum (USISPF).

Headquartered in Washington DC, with branches in several US cities and in India, USISPF has emerged as the top India-centric advocacy group in the United States for both corporate sector and strategic community in just a few years.

Observing that Modi’s re-election has given rise to an unprecedented opportunity and commitment to furthering our bilateral ties, USISPF president Mukesh Aghi told PTI that the daylong, July 11 conference will focus on two broad areas, defense and energy security, which are critical to both the countries.

Republican Senator Dan Sullivan, Deputy US Trade Representative Jeffrey Gerrish, and India’s Ambassador to the US, Harsh V Shringla, are among the other top speakers to the summit.

Trump’s son-in-law Jared Kushner, who is also senior adviser to the US president, will present the 2019 Global Excellence Awards to Mastercard CEO and president, Ajay Banga, and Wipro Chairman, Azim Premji, in recognition of their significant contributions to strengthening economic ties between the US and India.

Noting that the second leadership summit is a convergence of the best minds in business and government that can together realize the untapped potential in Indo-US commercial and strategic ties, Aghi said, “It’s about how do we take this relationship forward and how do we celebrate the current success and the potentials are much bigger.

This is reflected in the top officials from the Trump Administration, US political leadership and top corporate executives attending the leadership summit on July 11.

We look forward to discussions that will result in advancing growth in areas such as high technology, innovation, and entrepreneurship, and making concrete recommendations on growing economies of both countries, said Aghi.

Responding to a question on the status of Indo-US tensions in trade and commerce, Aghi said the two sides, after recent Modi-Trump meeting are trying to find out a viable win-win solution for both countries.

The Americans want market access and a level playing filed for its companies in India, while for New Delhi the issues of concerns among others are S-400 missile defense system from Russia and Iranian oil sanctions act.

In recent weeks, there has been several rounds of talks between the Union Commerce Minister Piyush Goyal and US Trade Representatives, Robert Lighthizer, to look into various aspects of bilateral commerce and trade ties. This is a good very sign that the conversation has started, Aghi said in response to a question.