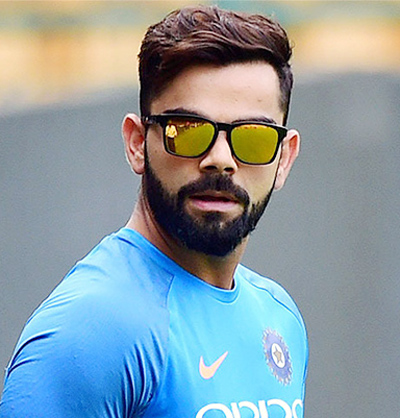 DUBAI: India captain and ICC Cricketer of the Year Virat Kohli today moved ahead of Caribbean legend Brian Lara in the all-time career-high Player Rankings for Test batsmen by earning 12 points from the Johannesburg Test.
Kohli had started the third and final Test on 900 points and earned 12 points following contributions of 54 and 41.
This means he is now on 912 points and in 26th position on the all-time list, which is headed by Don Bradman (961 points).
Current number-one ranked batsman Steve Smith is second in the all-time list with 947 points.
While moving from 31st to 26th position, Kohli has leapfrogged Lara (911), Kevin Pietersen (909), Hashim Amla (907), Shivnarine Chanderpaul (901) and Michael Clarke (900).
Kohli now has his compatriot and ICC Cricket Hall of Famer Sunil Gavaskar, who peaked at 916 points following The Oval Test against England in 1979, firmly within his sights.
The India captain’s next chance to gain more points will be either the one-off Test against Afghanistan in June or the five-Test series against England in August/September.
Other batsmen to improve their rankings after the Johannesburg Test include Amla in seventh (up by one place), Dean Elgar in 12th (up by two places) and Ajinkya Rahane in 18th (up by five places). (AGENCIES)