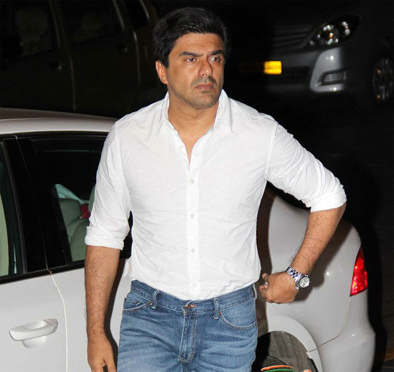 What prompted you to shift from acting to direction?
Starting from writing the story of the film, all turned out to be good for me. My friends have always suggested me to join direction. But usually friends do say good things so I wanted to get an opinion from someone who is in the film industry. I went to Karan Johar (Hindi film director-actor) and narrated the whole script. He too suggested me to direct the film. I was surprised. Then I started thinking over it. I felt if someone so experienced like Karan is suggesting me to direct, then may be I should. On the other hand, I did not want to waste the opportunity to direct the film. Then I met Sanjay (actor-producer Sanjay Suri) and told him but got the same reply. I asked Sanjay whether he will act or not. After getting an approval from him, we started the work together. It was not planned at all to direct the film.
Do you follow any director?
No. I have acted for 20 years and worked with both good and bad directors. I know what a director should do or not do. I am a fan of so many filmmakers because of the kind of films they make. But I never tried to imitate anyone. A director should have two things, he should have a clear vision and should be able to communicate with other people and inspire them. I like psychological thrillers. My personal favourites are Christopher Nolan and David Lynch as directors because they work in this genre (psychological thriller).
Are you planning to continue with direction or again will get back to acting?
I am a creative person. I will grab any opportunity. If I get a good role then surely I will get back to acting. But I have another script which I will make (direct). I am excited about it. I don’t know whether I will pursue direction or not but at least make one more film.
Do you think government should have played a more strict role during Padmaavat Controverst? Several state governments have banned the film as well (now the Supreme Court ordered the states to lift the bans).
I totally disagree with that. If the states do ban the film, then there should be no censor board. If a state decides what can be shown or not then what is the role of the CBFC? They (CBFC members) should then retire and go somewhere else.
Do you think the controversy will affect other directors?
The outcome may affect (pause) specially if someone makes a historical film. They will think ten times. But this incident smells to me a more of a political thing, honestly. I think it is more politics than film making. (TWF)