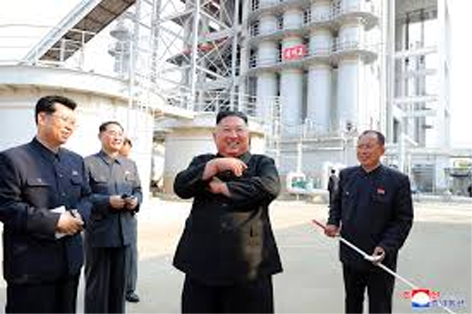 SEOUL, May 9: North Korea says leader Kim Jong Un sent a letter to Russian President Vladimir Putin to congratulate him on the 75th anniversary of the allied victory in World War II and wishing Russia success in fighting its coronavirus outbreak.
The report by Pyongyang’s official Korean Central News Agency on Saturday came a day after it reported Kim sent a personal message to Chinese President Xi Jinping to praise what he described as China’s success in getting its COVID-19 epidemic under control.
Some experts say the North could intensify its diplomatic outreach to neighbours, particularly China, as it seeks economic help after closing its border for months to fend off the virus.
KCNA says Kim’s message “sincerely wished the president and people of Russia sure victory in their struggle to build a powerful Russia by carrying forward the tradition of the great victory in the war and to prevent the spread of the novel coronavirus infection.” (AGENCIES)