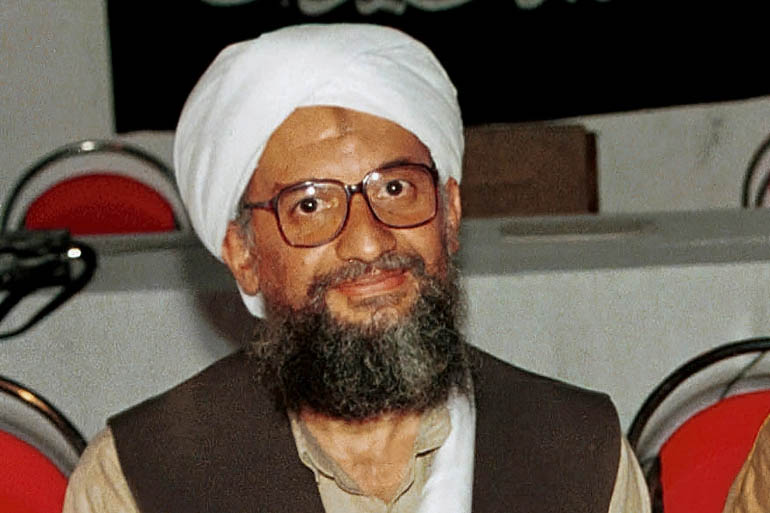 Anjan Roy
The killing of Ayman al-Zawahiri by the US intelligence network is more about the lethal capacities that the US has developed than the elimination of one person. al-Zawahiri was singled out and killed so precisely that not another person in his extended household in a Kabul safe-house had died.
Ayman al-Zawahiri was the supreme leader of al Qaeda outfit after the killing of its former leader, Bin Laden. In a similar intelligence operation, Bin Laden was taken out by the US from a house in Abbottabad in Pakistan. Since then, Zawahiri gave leadership of the gang, but could never scale the charismatic heights that Bin Laden had given it.
Zawahiri belonged to an upper middle-class Egyptian family and was a trained physician. He had been involved in planning and executing numerous attacks on Americans personally and American interest across wide swathes of the Middle East and Africa.
The operation killing al Zawahiri is a marvel of intelligence gathering, planning attacks, analysing every detail from weather conditions in Kabul to the construction materials used for the building in which al-Zawahiri had taken safe refuge. In the end, his safe house turned out to be completely at the mercy of the Americans.
American spy network had established al-Zawahiri’s daily routine almost to the minute from ground sources. Without that precision and idea of his daily routine this operations could not have succeeded. Ground operators of US spy network had fed the daily details which ere then analysed at the US intelligence headquarters.
There are three clear aspects of this operation. One is to gather mine ground level details from a highly hostile environment. This clearly shows the level of penetration and gathering of intelligence from locals. The second aspect is the maintenance of strict security at its home.
Although a large number of operators and analysts were involved in the Pentagon, CIA and other outfits, the dissemination was so well guarded that excepting a handful, no one had any knowledge approaching a clear view of the objectives of the mission.
The third bro aspect is the technological development that has happened between the Bin Laden operations and the current one. While Bn Laden operation had some collateral damages and was much more Ricky for the American personnel, the al Zawahiri one was remotely controlled and operated eliminating all apparent risks to Americans.
The target of the intelligence operation was killed by a newly developed weapons system which did not carry any explosives on its missile nose. All it carried were high-precisions steel blades, somewhat in the fashion of typical Japanese ninja swords.
As the weapon was fired by a feared drone, the blades on the missile started rotating fiercely and its shredded anything that came in its way. The weapon seems to have thus shredded the target, in this case, al-Zawahiri like a paper shredder does with paper.
According to some reports, the weapons system was earlier experimented with in several locations in the Middle East. In one case, a senior leader of a terrorist outfit which had laid waste several American properties and people, was targeted while he was moving in a car.
Weapons system cut a neat hole on the roof of the car and shredded everything inside the car, including the target and his driver, and did not spare even the seats, upholstery and other accessories inside the car. It was all left as mince meat.
The fearful weapons and the enhanced capacity of the drones used make everything falling in its way vulnerable. The testing stage of the new weapon had demonstrated both the precision as well as the sharpness of the cuts. In one case, the weapon had cut an aluminium can in clean two halves without rumpling it up even a bit.
However, the care taken in planning this operation was incredible. The entire operation was spread over months involving whole lot of agencies, people and feedback from the ground. Yet, it was conduced in such a manner that there were no leaks whatever. The final decision to strike was given under the authority of the US president.
President Joe Biden had apparently taken personal interest in the operation and to satisfy him the US intelligence agencies has build a complete model of the building in Kabul where Zawahiri was putting up. The effect of sunlight, the weather conditions and Swahili’s personal life schedule was minutely monitored before the strike.
Apparently, Zawahiri never left the place after he had moved in earlier in the year. But it was his practice to emerge into the balcony of the house and be there for an extended period of time every day. These were recorded and analysed before the exact format and timing of the attack was finalised.
It was this precision monitoring and help from people on the ground that the attack could be so successfully conducted. The final step was to deploy a drone which could fly the needed amount of time to deliver the deal missiles and strike. (IPA)