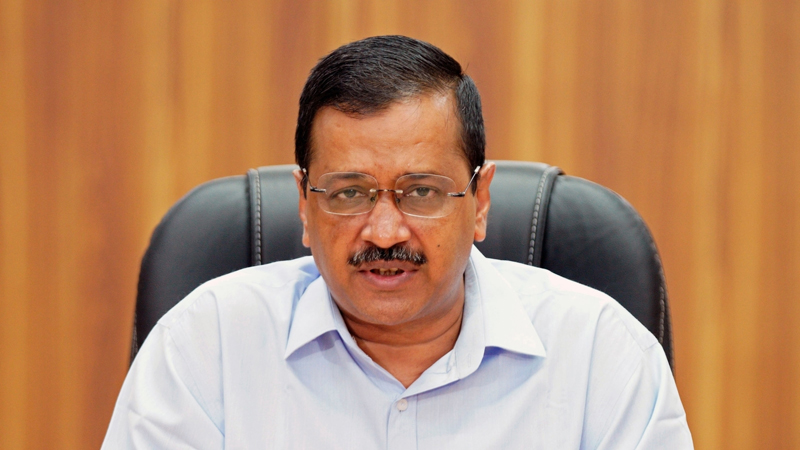 NEW DELHI/GUJARAT, July 26: Promising ending the atmosphere of fear, and bringing respect and honour for the business community of Gujarat, AAP National Convener and Delhi Chief Minister Arvind Kejriwal today appealed the people of the coastal state to give the Party a chance.
“If we don’t fulfill our promises, I will not come again to ask you for votes,” Kejriwal said while interacting with traders during a meeting held at Town Hall in Rajkot. During the event, the traders interacted with Kejriwal and raised their problems in front of him.
Speaking to the Gujarati traders, Kejriwal talked about the complex taxation policies of the Government. He said, “GST is a very complicated system. I know many small business owners who have had to close their doors as a result of the GST. What is the point of a tax that causes businesses to close? We require such a tax system throughout the country, where people can easily understand taxation. This whole system is very complex and needs to be simplified so that traders and industrialists can pay taxes comfortably.”
He declared that if the AAP Government is formed in the State, the traders in Gujarat will be able to do business fearlessly. He stated, “By ending the atmosphere of fear, and bringing respect and honour for the community, we will free everyone from corruption and will issue pending refunds of VAT and GST within six months. We did not increase any tax in Delhi in the last five-seven years and stopped Raid Raj, yet we provide electricity, water, education and healthcare free of cost in Delhi. This year’s CAG report says that only the Delhi Government is running in profit in the whole country”.
Giving five guarantees to Gujarat’s traders and industrialists, Kejriwal stated that if the Aam Aadmi Party forms a Government, they will put a stop to the fearful atmosphere. “AAP will allow for an administration free of corruption. No one else in the country can do it but the AAP. Only we can provide freedom from corruption because we are steadfastly honest people. Now-a-days, people throw a lot of mud at us, but the mud doesn’t stick to us. The people of the country are aware that the AAP and its supporters are truthful,” he stated.
The Delhi CM stated that many VAT and GST refunds are pending and all refunds will be issued within six months of AAP coming to Government. “Simultaneously, by meeting with traders and speaking with the Central Government about the full GST process, we would strive to make it easy and do whatever we can at our level. We’ll fix the entire GST system in the public interest,” he added.
Earlier in the day, Arvind Kejriwal visited Somnath to pay obeisance at the Somnath Jyotirlinga Temple and sought the lord’s blessings for the country. “Felt great to visit Somnath Temple, I prayed for the happiness and peace of the country and Gujarat and prayed the Lord to make India the number one country in the world,” Kejriwal said.