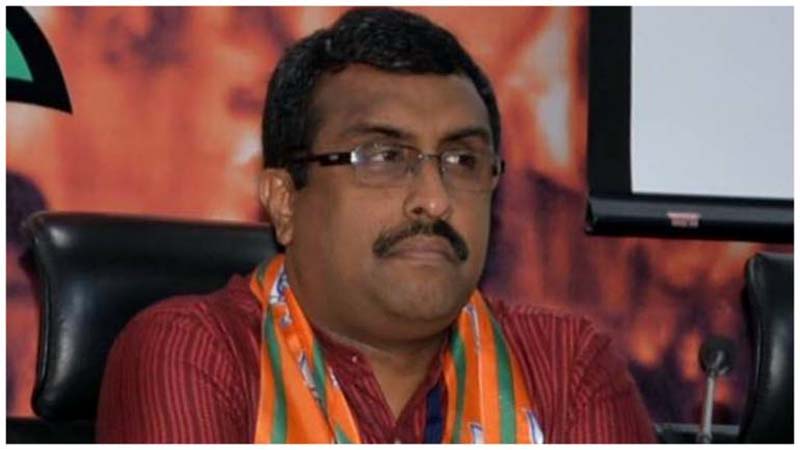 NEW DELHI, Oct 17: The political discourse in Kashmir has changed, and the topics of autonomy and separatism have now been replaced with democracy and development, which is a welcome step, said senior RSS functionary Ram Madhav.
Madhav, who was the BJP general secretary for almost five years and also incharge of the party’s affairs in Jammu and Kashmir, said that anti-India forces in the Valley are on the wane and isolated.
“Kashmir, today, is treading on a totally different path. Until now, the effort was to buy peace and manage conflict but now it’s about establishing peace. When you buy peace, you have to make some compromises, but when you have to establish peace, you have to be in a position of strength which the establishment is as of now..,” he said.
Madhav has discussed the Kashmir issue at length in his recent book ‘The Hindutva Paradigm’.
Emphasising that anti-India forces in the Valley have weakened and are isolated, he said,”The political discourse in Kashmir has totally changed. Now even those who oppose us talk about democracy and elections, instead of separatism and autonomy. It is a welcome step and we would like to engage and discuss with them issues like democracy.”
Madhav, who was instrumental in stitching an alliance between ideologically opposite BJP and PDP, underlined that the political narrative in Kashmir has changed. “Autonomy and separatism have been replaced by democracy and development,” he said.
Acknowledging that the demand for elections is a “genuine” one, he said the Centre is committed to it and has been repeatedly conveyed that polls will be held after the delimitation exercise is completed.
Once the delimitation exercise is done, Madhav said he is sure that Jammu and Kashmir will have its own legislature. (PTI)