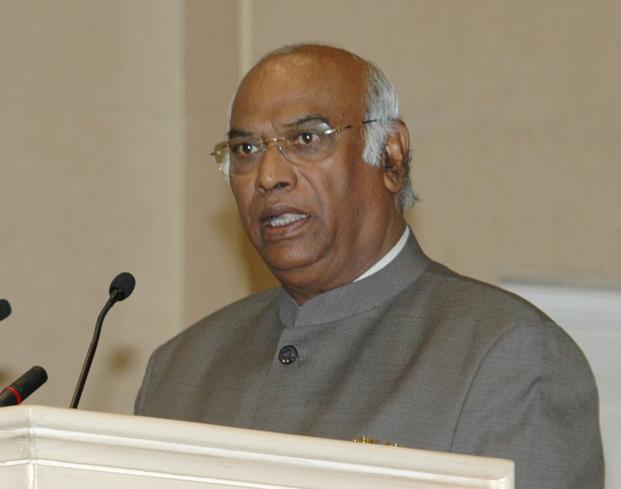 NEW DELHI, Oct 17 : Senior Congress leader and Leader of Opposition in the Rajya Sabha Mallikarjun Kharge today criticised the Bharatiya Janata Party (BJP) for the “grim” situation in the Union Territory of Jammu & Kashmir. He pointed to the spurt in the civilians killings in the Valley and raked up issues such as unemployment rate and inflation.
“Situation in J&K is grim. It’s a fallout of the failed policies & strategic blunders by Modi Government. No course correction in sight,” Kharge tweeted.
He said that the unemployment rate was “highest” across all States and Union Territories at 21.6% and in Kashmir the inflation was at 7.39%, which Kharge said made the place “one of the costliest” to live in. The senior Congress leader further said that as many as 30 civilians, including local residents, minorities and the immigrants from other States have been victims of terrorist attacks this year. In the past week, at least nine soldiers have lost their lives, he added.
Earlier on Saturday, the Congress Working Committee (CWC) said that it was alarmed by the ‘rapid deterioration’ in the country’s internal and external security. ‘”Unabated infiltrations by Pakistan have resulted in a dramatic deterioration of the security of Jammu & Kashmir,” a resolution by the CWC on the country’s political situation said.
“Terrorist attacks have increased and both the security forces and innocent citizens have lost their lives. The administration, of J&K, or whatever goes in the name of administration, is incompetent, paralyzed and in shambles,” the resolution further said. It also said that restoration of full Statehood and holding democratic elections was the “way forward” in Jammu & Kashmir.
The sharp criticism from Kharge came a day after terrorists killed two migrant labourers in the Valley. On Saturday, Arvind Kumar Shah from Bihar and Sagir Ahmed from Uttar Pradesh fell victims to two separate shootouts by terrorists in Srinagar and Pulwama, respectively, the Kashmir Zone police announced. (Agencies)