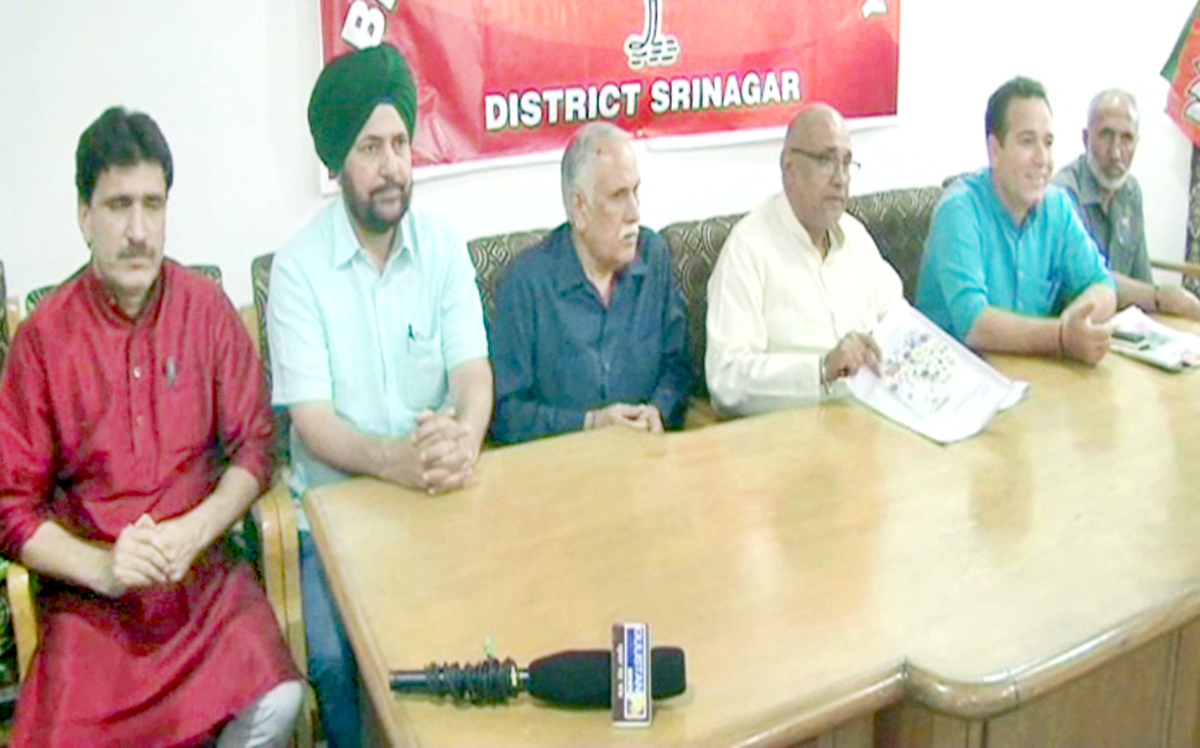 SRINAGAR, Sept 14: Bhartiya Janta Party (BJP) leader, Avinash Rai Khanna, today said that people of Kashmir have welcomed scrapping of Article 370 and described the situation in the Valley as normal with people busy in their routine life.
Speaking to reporters during his four day visit to Kashmir, Khanna said: “The normalcy has prevailed and people are busy with their daily routine.”
The BJP leader said that people of Kashmir have welcomed the decision of scrapping of the Article 370. “What has turned out to be a common thing is that the people are of the opinion that the decision (scrapping of Article 370) that has been taken was historic and that they are welcoming the same”, he said.
“Yesterday I sat with the senior workers and deliberated with them on the situation and at the same time what people are thinking. Today, since morning we have been meeting with the intellegensia, Gujjar and Bakarwals, Panchs and Sarpanchs and Municipal Councilors”, he said.

The BJP leader said that there is rush of people in the markets and people are busy in shopping. “…the transport is being seen on the roads, people are going out for the shopping of daily usage items. I have myself seen rush of people in the markets-all in all the movement of general public on roads has started”, he said.
He appealed shopkeepers to open their shops normally and assured them that the Government will provide them security. “Regarding the reluctance of shopkeepers to open their shops, I want to assure them that the responsibility for their safety is for the Government to take care of and that the Government is committed for that. We want to tell them that they should come and start their business as they were doing earlier”, he said.
Khanna said that people are also satisfied with the measures taken for restoration of peace in Kashmir. “With regard to the measures taken by the Government of India with regard to the restoration of peace, the people are satisfied with those measures that are being taken or have been taken. The people have also demanded an urgent restoration of mobile services, we have even briefed the Governor with whatever feedback we were able to get from people. I would like to reiterate that the government is committed for the restoration of peace and initiating development in J&K”, he said.
On jailing of the mainstream political leaders, the BJP leader said “we have not banned any political party, but those leaders who have done wrong are behind the bars. You go and check the 70-years on history of J&K where two families have looted the State; only the families have seen the development and not the people of the State.”
“People are demanding that the wrong doings of such leaders should also be brought to the light and it should come to the fore what they have done”, he said.