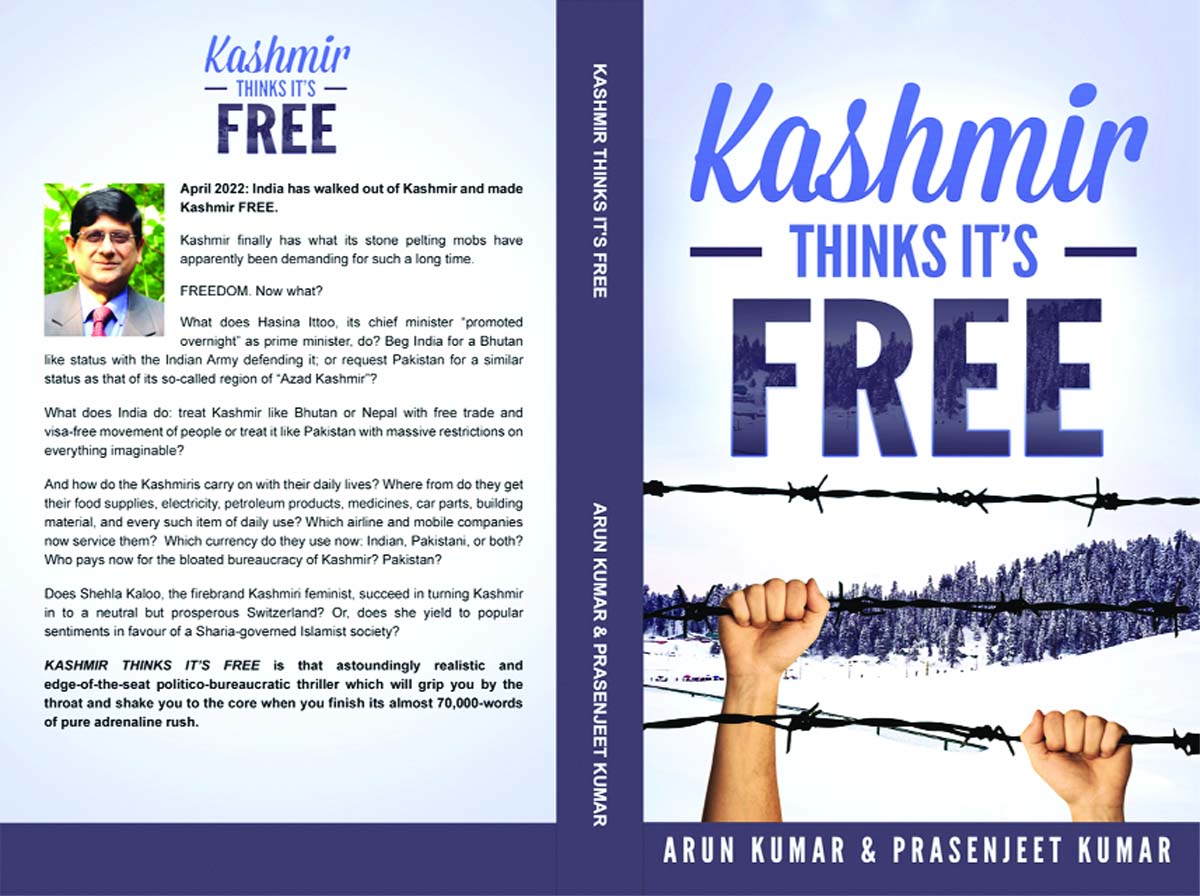 No Indian could be allowed to buy property in J&K or even get his son or daughter educated in a technical institution in your state. And not even an IAS or an army officer serving your state was exempted from these regulations.
“In India, if you haven’t noticed, we are already living in a borderless world, as guaranteed by the Indian Constitution. We have a common Indian market with a common GST, which you refused to be a part of. Instead you, and your people, kept on demanding azaadi… from India. You wanted to create a new wall between Kashmiris and non-Kashmiris, and now you accuse us of creating new borders.”
“But Sapru saheb-”
“Listen to me, Hasina ji. We’ve had enough. And this time, I’ll speak and you’ll listen. You want a borderless Kashmir, right? So, tell me do you now propose to give the same benefits to Indians, in Kashmir, that we’d given to Kashmiris, in India? When do you propose to accept that Indians have a right to settle in Kashmir freely? And also have the right to buy property and educate their children in Kashmiri institutes?
“You’re so fond of talking about a borderless European Union. But even in the EU, a French national has every right to settle in Germany and vice versa. So… tell me Hasina ji, are you willing to give the same right to settle in Kashmir to every Indian, ever?”
“But why are you blaming us only Sapru ji… for all this mess?” countered Hasina. “That was all the Indian Government’s fault, don’t forget that. Who inserted Article 370 and 35-A in the Indian Constitution? Certainly, not us? It was you who agreed that Indians may have no right to settle in the state of Jammu & Kashmir. You contradicted your own constitution. So, now please don’t shift the blame on to the people of Kashmir.”
“You’re right, Hasina ji. Our predecessors did make that terrible mistake. But if we were to correct that today, will you agree? Since now you’re the new PM of Kashmir.”
There was pause for a few seconds as Hasina looked around at her cabinet colleagues. As most shook their heads to indicate their disagreement, she said, “Sapru ji, we also have a right to preserve our cultural … and religious … identity. You cannot take away that right from us. You cannot take away our lands. You cannot take away our jobs. You cannot let us die in slums as our Palestinian brothers are forced to under Israeli occupation. I know that has been your agenda from day one. You want to dilute the Kashmiri identity, don’t you?”
“So … I take this as a ‘no’ from you?”
PM Ittoo sighed. “Kashmir belongs to us, Sapru saheb. And I can NOT give even an inch of its land to any outsider.”
“Very well, Hasina ji. Then we too will treat you like any other country, like Pakistan actually. We shall apply the same visa and trade regimes for Kashmir as we have with Pakistan. We will deport every Kashmiri from Indian soil who we suspect of not being a secular Indian. We will treat their immoveable and moveable property as enemy property, even in Jammu, and confiscate that … and allot to all those who had to be taken out of the Valley… Because you are, for all practical purposes, a terrorist state just like Pakistan.”
PM Ittoo was so shocked that her voice choked. She switched off the speakerphone and picking up the cordless handset walked out to another room.
“Sapru ji, why don’t you understand that on grounds of insaniyat (humanity) you have to help us … You know very well how much I’ve to fight these Jamaat-e-Islami elements, who want to kill me in the name of Islam. They want to destroy the spirit of Kashmiriyat. If you help us, we can build a better future for Kashmir. But … for that I’ll need to first remain alive. If I’m gone, Kashmir too would die. Kashmir ko bacha lee jeeye (Save Kashmir) Sapru saheb.”
“Prime Minister sahiba, I can understand your pain. We were always with you. But you were the one who pushed us away.”
Sapru paused. “Now what you wished for has come true. Allah has answered all your prayers. Now protecting your own life or the future of Kashmir is your responsibility. And for that, you do have the JK Police with you. May God bless you.”
“Sapru saheb, wait … one last request,” Hasina shrieked.
“Yes, what is it, Hasina ji?”
“There are some Kashmiri boys who serve in your army. You can return them to us so that we have some kind of army of our own. That could be the best gift this Ramzan that starts from today. And this is something India had agreed to do with Pakistan in 1947.”
There was silence. And then Sapru spoke, “Hasina ji, I cannot promise you anything. Your government cannot even pay the salary of your existing employees. How will you then pay our boys?” Sapru tried to sound as reasonable as possible. “But I can speak to Patel bhai, our PM. And we can certainly give our Kashmiri boys an option-either to serve in our army … like the Gurkhas, or to serve in the army of the Islamic Republic of Kashmir. But the final decision would be theirs.”
Hasina was too shocked to react.
“All right then, Hasina ji. Bye for now.”
And there was a click as Sapru disconnected the call.