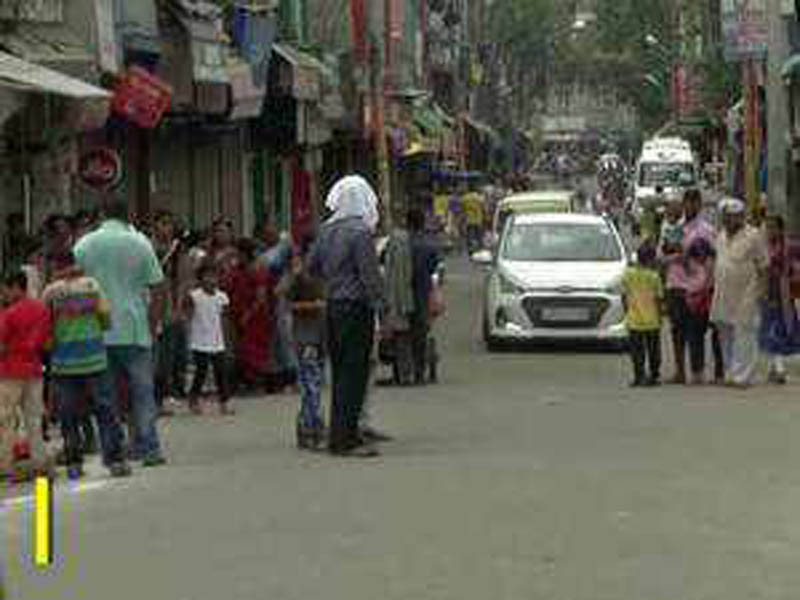 300 telephone booths being set up

SRINAGAR, Aug 11: Ahead of Eid-ul Azha, banks, ATMs and quite a few markets remained open today in Kashmir and restrictions were eased allowing people to come out to shop, while the administration said it was taking steps to facilitate availability of food and other items and offering of prayers in mosques on Monday.
The usual hustle and bustle of the festival was missing in the Valley where normal life has been paralysed following heavy security deployment, restrictions on movement and curtailing of communication links after the abrogation of special status to Jammu and Kashmir under Article 370 on August 5.

Passengers fail to get taxis at Airport
As people fly back to Kashmir in time for Eid-ul-Azha, reaching home from the airport is a struggle of its own.
Passengers at the Srinagar International Airport were seen today desperately searching for taxis even as they remained apprehensive about their journey ahead in the Valley which was under restrictions with communication lines snapped since August 5.
While some buses were on standby, they were only ferrying passengers to the Tourist Reception Centre at Dalgate.
Some people tried to negotiate and request the taxi drivers, but they refused to go to areas like Civil Lines area at Lal Chowk, located 14 km from the airport, and downtown city, complaining that on their return journey they were detained or harassed by security forces.
Hameeda Bano, who arrived here in an Indigo flight along with her son and daughter, had to reach Bijbehara. Her pleas to cab drivers fell on deaf ears as no one was ready to travel to the town, which is nearly 65 km away in South Kashmir.
As one entered the city limits, concertina wires were spread across the main roads and policemen in jeeps could be seen asking people to remain indoors and shopkeepers to shut shops.
The usual gaiety seen on the eve of Eid seem to be missing as the Valley has been paralysed since the Centre on August 5 revoked provisions of Article 370 which gave Jammu and Kashmir special status.
At the Tourist Reception Centre at Dalgate, many people chose to walk towards their destinations along with their luggage as either the autos or taxis were charging exorbitant rates or they were not simply ready to travel to some areas.
Adah Bhat, who had to reach Nawab Bazar locality, six km from here, decided to walk the distances along with her luggage.
“We can’t go to that place. We may be able to drop people there but on the return journey we are either detained or harassed,” alleged Sharik Ahmed, a taxi operator. (PTI)