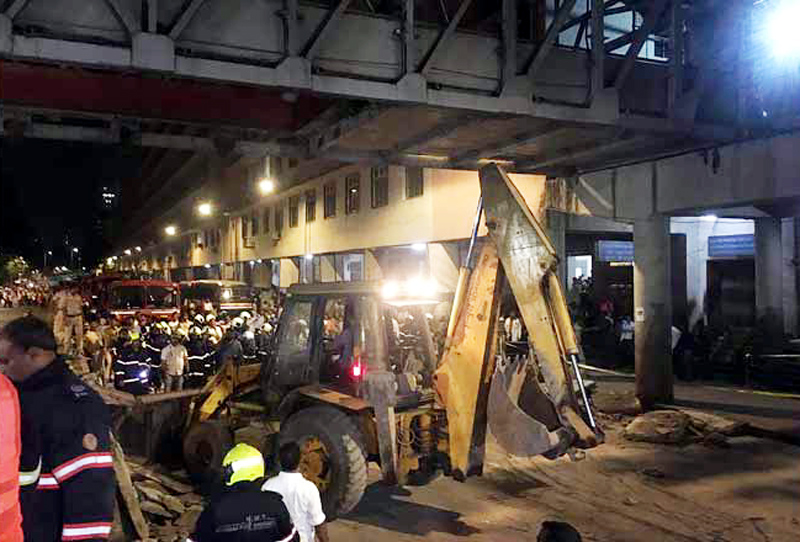 MUMBAI, Mar 14: Five persons were killed and 29 injured after a major portion of a foot overbridge near a train station in south Mumbai collapsed Thursday evening,  officials said.

The bridge which connected the area near the Times of India building with the iconic CSMT station was commonly known  as ‘Kasab bridge’ as the 26/11 Mumbai attack terrorist passed through it during the terror strike.

All the injured have been rushed to nearby hospitals, a disaster management cell official said.