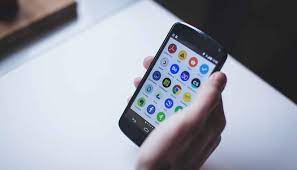 Bengaluru, Nov 28: Karnataka State Council for Science and Technology (KSCST) is developing an app-based networking platform called “Patentkart” for commercialisation of Intellectual Property Rights (IPRs).
An initiative under ‘Make in India’, Patentkart is expected to benefit patent holders and their clients in commercialising their IP, said Science and Technology Minister C N Ashwath Nararayan on Monday.
The app will be functional by early 2023, he said in a statement.
More than 700 patents have been filed by KSCST-assisted IP cells in the past three years. “More than ten have been granted and the rest are in process,” it said.

“Karnataka State has topped the India Innovation Index for three successive terms. Our efforts in getting more patents go a long way in further accelerating our innovative growth and maintaining the top rank in the index,” the Minister said.
Towards patent facilitation in Karnataka, Patent Facilitation Centre has supported setting up of a Patent Information Centre at KSCST, Indian Institute of Science here.
Since its inception, KSCST has established 58 IP cells across Universities, Engineering Institutions, and Science, Law and Agricultural colleges, it was stated. (PTI)