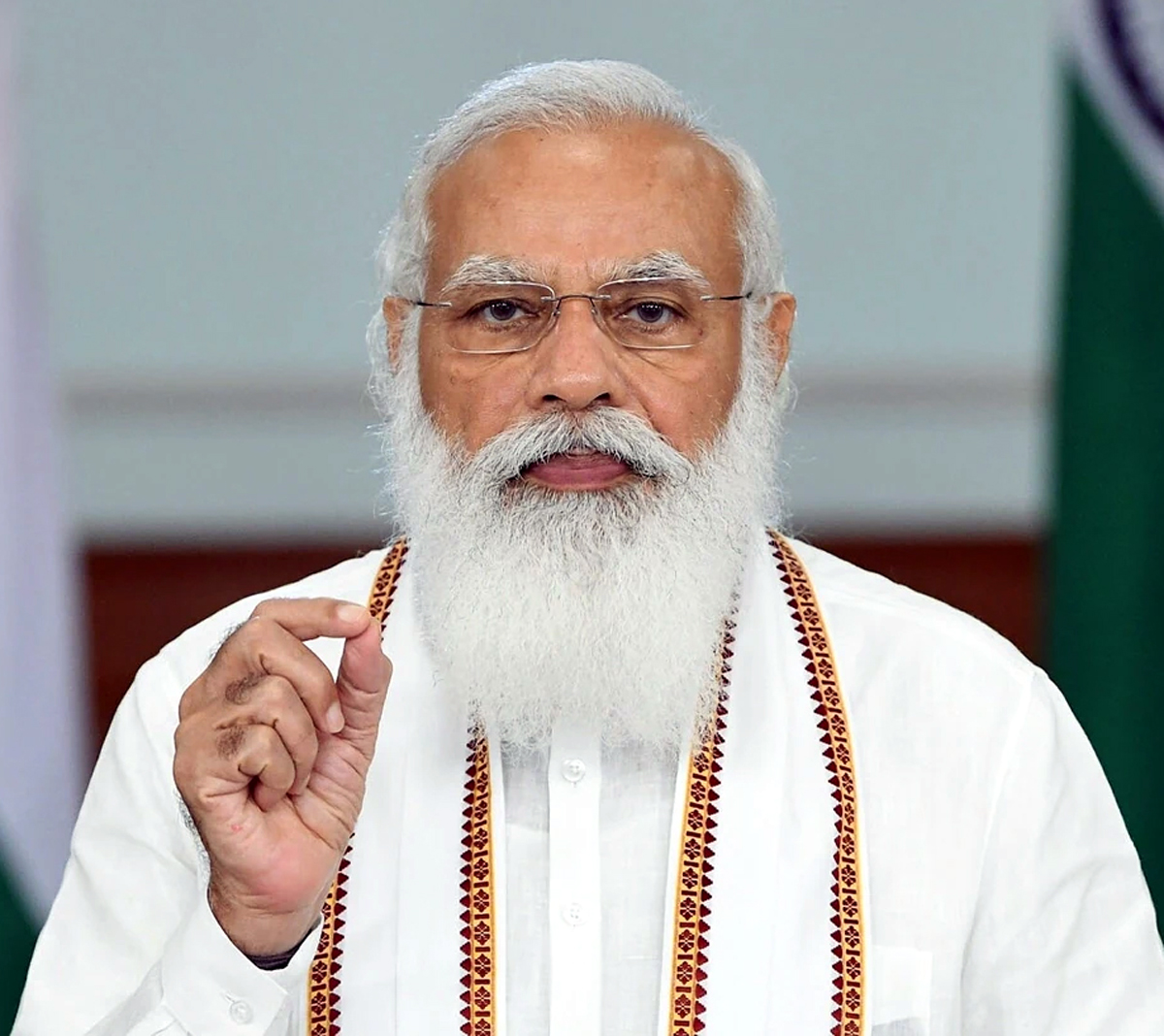 PM calls upon people to bow to bravehearts
Excelsior Correspondent
JAMMU, July 25: Prime Minister Narendra Modi said today that the Kargil war is one symbol of bravery and patience on part of India’s Armed Forces which the whole world has watched and called upon the people to bow to the bravehearts of Kargil.
He made these remarks while addressing 79th Edition of monthly “Mann Ki Baat” on All India Radio (AIR) this morning.
India is celebrating 22nd anniversary of Kargil victory tomorrow. President Ram Nath Kovind will lead the victory celebrations by paying tributes to the martyrs at Kargil War Memorial in Drass, the second coldest place in the world.
It was on July 26, 1999 that the Indian troops had evicted last Pakistan army personnel and invaders from the heights of Kargil and declared victory. The day is celebrated every year as Kargil Vijay Diwas.
“Tomorrow i.e. the 26th of July is Kargil Vijay Diwas. The Kargil war is one symbol of the bravery and patience on part of India’s Armed Forces which the whole world has watched,” the Prime Minister said.
Asserting that this time the pride filled day (Kargil Vijay Diwas) will be celebrated as ‘Amrit Mahotsav’, Modi said: “that is why this day becomes all the more special”.
He called upon the people to read enthralling saga of Kargil.
“It is but natural to get emotional in honour of the one who bears the tricolor in honour of the country. The feeling of patriotism unites all of us. Let us all bow to the bravehearts of Kargil,” Modi said.
Indian troops fought Kargil war for more than two months with Pakistani troops and invaders in which nearly 500 soldiers were martyred. There were heavy losses on Pakistan side. India had finally won the war on July 26, 1999.
Stressing, on ‘Nation First, Always First’ mantra, Modi said that as the country enters its 75th year of Independence, every citizen should lead a “Bharat Jodo Andolan” in the same manner as Mahatma Gandhi had led the “Bharat Chhoro Andolan”.
He noted that on the coming August 15, India will enter its 75th year of Independence and highlighted that Amrit Mahotsav is being celebrated throughout the country to mark that year.
The need of the nation is to unite and work towards national progress, Modi said.
“Just like Bapu (Mahatma Gandhi) led the ‘Bharat Chhoro Andolan’ (Quit India movement), every Indian must lead the ‘Bharat Jodo Andolan (Unite India Movement)’. It is our responsibility that we do our work in such a manner that it helps in uniting our country which is full of diversities,” the Prime Minister said.
“We have to move forward with Nation First, Always First,” he asserted.
Many programmes in connection with Amrit Mahotsav are being run, the Prime Minister said, adding that the Ministry of Culture has started an initiative to have maximum number of Indians sing the national anthem together. For this, a website, http://rashtragan.In, too has been created.
“With the help of this website, you can render the national anthem and record it, thereby getting connected with the campaign. I hope you connect yourselves with this novel initiative. In the days to come, you will get to see many such campaigns and efforts,” Modi said.
PTI adds: The Prime Minister urged the people to keep encouraging and supporting Indian athletes participating in the Tokyo Olympics.
He called on the people to support the Indian Olympics team on social media by joining the ‘Victory Punch Campaign’, which has already begun.
“You also share your victory punch along with your team and cheer for India,” Modi said.
Talking about his Mann Ki Baat programme, he said it celebrates positivity and collectivity.
“I am unable to take up all the inputs I receive for Mann Ki Baat but I do forward many of them to Government departments concerned, Modi said.
In the broadcast, he also cited a study done by MyGov to highlight that out of those sending messages and suggestions for Mann Ki Baat close to 75 per cent are below the age of 35 years.
“I view this as a very good indicator. Mann Ki Baat is a medium which has positivity, sensitivity. In Mann Ki Baat, we talk about positive things; its character is collective,” he said.
Just the way people had joined hands for the cause of freedom during the colonial rule, citizens now have to come together for the development of the country, the Prime Minister said, adding that they can contribute to nation building by supporting local entrepreneurs, artists, craftsmen and weavers should come naturally to us.
Noting that the National Handloom Day falls on August 7, he said handloom products are a major source of income in rural and tribal regions and urged people to purchase them.
With khadi products often finding mention his monthly radio address, Modi said their demand has risen manifold since 2014.
In his address, the Prime Minister also spoke of a number of individuals and local developments brought about by groups of people that have made positive contributions to society.