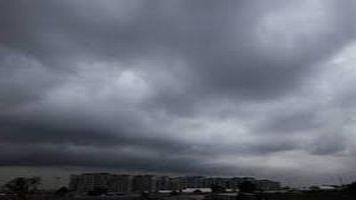 NEW DELHI: July ended with above normal rainfall, bringing much needed relief to several parts of the country and bringing down the overall deficiency to minus nine per cent, MeT department officials said on Tuesday.

The next two weeks are also expected to bring good rainfall and the monsoon deficiency is likely to come down further, K J Ramesh, who retired as India Meteorological Department (IMD) Director General on Tuesday, said.

July recorded 298.3 millimetres of rainfall as against the normal precipitation of 285.3 millimetres, Mritunjay Mohapatra, the new IMD Director General said.

“The rainfall in July was 105 per cent of the Long Period Average (LPA), five per cent above normal,” Mohapatra said.

The IMD had predicted 95 per cent of the LPA with an error margin of plus or minus nine per cent. (AGENCIES)