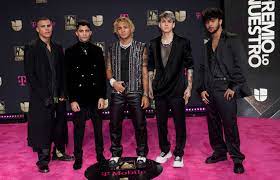 Los Angeles, May 10: Singer Joel Pimentel has announced that he is leaving Latin American boy band CNCO to pursue “new opportunities”.
Pimentel shared the news in an Instagram post.
“It is with a heavy heart that I announce that May 14, will be my last day as a member of CNCO. It’s time for me to grow and explore new artistic avenues, it’s time to start building my own path and career. That’s why I’ve decided to leave the band,” the 22-year-old singer wrote.
Thanking his fans he added, “Without you, we wouldn’t have accomplished all of the most amazing things we have over the past five years.”
Pimentel expressed his gratitude to fellow bandmates — Zabdiel De Jesus, Richard Camacho, Erick Brian Colon and Christopher Velez — as well.
“I truly wish you the best as you continue on with the CNCO legacy. We’ve lived through so much together that we’re family now.”
The Miami-based group also shared the news of Pimentel’s departure on Instagram and revealed they would be performing together “one last time” on Friday in a global livestream concert event.
Formed in 2015, on the singing competition show “La Banda”, the band won a five-year recording contract with Sony Music Latin.
Till now CNCO has released three full-length albums and an EP, all of which have been successful on the music charts. (PTI)