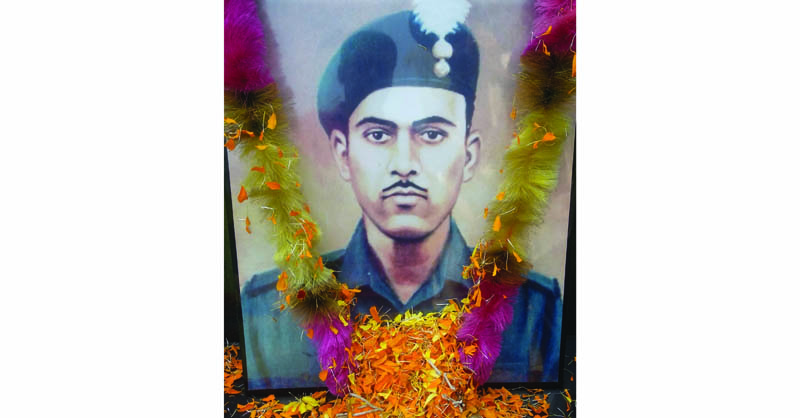 JAMMU, Sept 10: Jammu and Kashmir Freedom Fighters Association (JKFFA) paid floral tributes to martyr Havaldar Abdul Hamid in a function at Dogra Shaurya Samarak, Amphalla here.
The programme was organised by the Chairman of the Association Ved Gandotra, Vice Chairman Rajiv Mahajan and President RC Puri, in which Mayor, Jammu Municipal Corporation, Chander Mohan Gupta was the chief guest.
Pertinent to mention here that martyr Havaldar Abdul Hamid, had turned Khem Karan sector of Pakistan into the grave yard with the American made Patton tanks in the Indo-Pak War of 1965.
While speaking on the occasion, the members threw light on the Indo-Pak War of 1965, which was won under the dynamic leadership of late Lal Bahadur Shastri, the then Prime Minister of India.
The members said that martyr Havaldar Abdul Hamid was the hero in killing the Patton tanks who destroyed the maximum of them and finally lost his life, while lying under a tank with arsenal bound on his body.
Among others present were Karnail Chand, Gajan Singh Khalsa, Brij Mehra, Pritam Sharma, RR Raina, Gaurav, HC Billoria, Kiran Wattal and Ravinder Mittal.