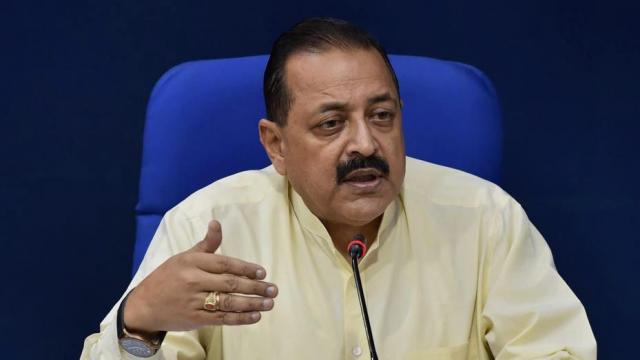 Avtar Bhat
KATRA/UDHAMPUR, Sept 29: Maintaining that Pakistan has been totally isolated for supporting terrorism, Union Minister of State in PMO with Independent charge of North Eastern States, Dr Jitendra Singh today said Prime Minister, Narendra Modi’s foreign outreach has now earned acceptance world over for India’s view point.
Talking to reporters at Katra during his visit to holy shrine of Mata Vaishno Devi Ji to pay obeisance in the Darbar on first Navratra after the accomplishment of BJP’s long dream of abrogation of Articles 370 and 35-A from the State, Dr Jitendra Singh said that it was the result of PM Narendra Modi’s outreach that those countries of world who were not supporting India’s view on terror earlier have taken round the India’s view point now.
“Pakistan has been totally exposed and it stands isolated in the comity of nations”, he added.
He said “the media reports at International level do not make any difference for us as credit goes to Prime Minister, Modi for his successful foreign outreach to isolate Pakistan in comity of nations”.
Dr Jitendra Singh said it was due to the leadership qualities of Modi that India achieved supremacy diplomatically and strategically.

Prime Minister’s view point has been well taken across the globe, he said, adding Modi is a charismatic leader and he received huge crowed where ever he visited including his recent visit to America. India’s view point is now acceptable to entire world, he added.
Referring to yesterday’s terror strike in Batote area of Ramban district and Naran Nag area of Ganderbal district of Central Kashmir, when a reporter questioned that terror is raising an ugly head again, Dr Jitendra Singh said terrorists are not raising the head but terror is being beheaded now with the strong policy of the Modi Government.
He asserted that Jammu and Kashmir will soon be terror free as it is at the verge of finish now. “I have already said that within one year terror will be eliminated from the State as present Government is committed to it”, he added.
He alleged that Pakistan and some forces within are supporting terror but they will never succeed in their vicious designs under the Modi Government. He however expressed his grief and sorrow that an army jawan attained martyrdom while fighting terrorists yesterday in Batote area.
Dr Jitendra Singh said yesterday’s terrorist attack should not be seen as resurgence of terror as every one will see a visible change within one year.
On his visit to holy shrine of Mata Vaishno Devi, he said it is first Navratra after the abrogation of Articles 370 and 35 A rather it is also first Vijay Dashmi and Diwali to be celebrated this year after the abrogation of controversial Articles.
“I am going to the Darbar of Mata to pay obeisance as our seven decade long dream has been fulfilled with courage bestowed on us by the Mata”, he added.
“It was the result of the supreme sacrifice of our mentor and first president of Bharatiya Jana Sangh (BJS), Dr Shyama Prasad Mookherjee who stood for the total integration of State with Indian Union and three generations struggle of BJP activists that this objective was achieved”, he said.
Later inaugurating the Indoor Sports Stadium at Udhampur and Sports Stadium of Ramnagar in the evening, Dr Jitendra Singh said the biggest achievement of Modi Government in last 100 days is abrogation of Articles 370 and 35 -A there by fulfilling a long dream of the people of the State and country.
He said sanctioning of Medical College for Udhampur for which land has been identified, Multipurpose Indoor Stadium for Udhampur and Sports Stadium for Ramnagar, Vande Bharat train from Delhi to Katra which will start on October 3, completion of survey for Katra, Delhi expressway Corridor, naming of Chenani -Nashri Tunnel after Shyama Prasad Mookherjee and development of Hiranagar Sports Stadium on the name of former Finance Minister and BJP stalwart, Arun Jaitley are the other achievements of last 100 days of the Government.
Dr Jitendra Singh said the Multipurpose Indoor Stadium for Udhampur has been funded by Centre with his efforts as local MP. He said the Udhampur Indoor Stadium and Ramnagar Outdoor Stadium were sanctioned when charge of Sports Ministry was with him. He said the Indoor Stadium will be with facility of Judo, Badminton, Table Tennis, Yoga etc. Over Rs 10 crore were spent on the project, he added.
The Minister said Outdoor Stadium Ramnagar and Indoor Stadium Udhampur will promote sports activities in the district and provide a chance to local sports persons to show their talent.
Former Minister, Pawan Gupta, BJP vice president, Pawan Khajuria, chairman Udhampur Municipal Council, Dr Yogeshwar Gupta, former MLA, Deena Nath Bhagat, DC Udhampur, Piyush Singla, BJYM National Executive Member, Bharat Sharma and BJYM district president, Akhil Prashar were also present on the occasion. 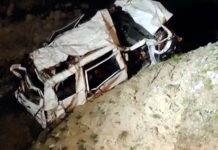 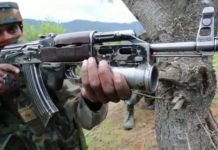 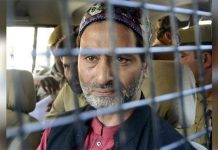 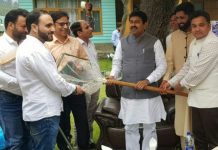 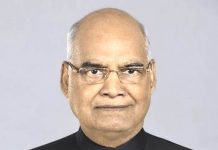 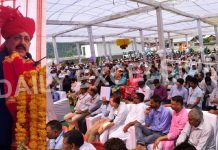 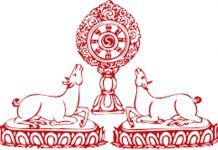 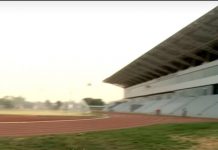 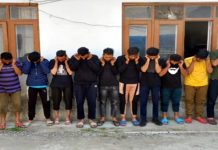