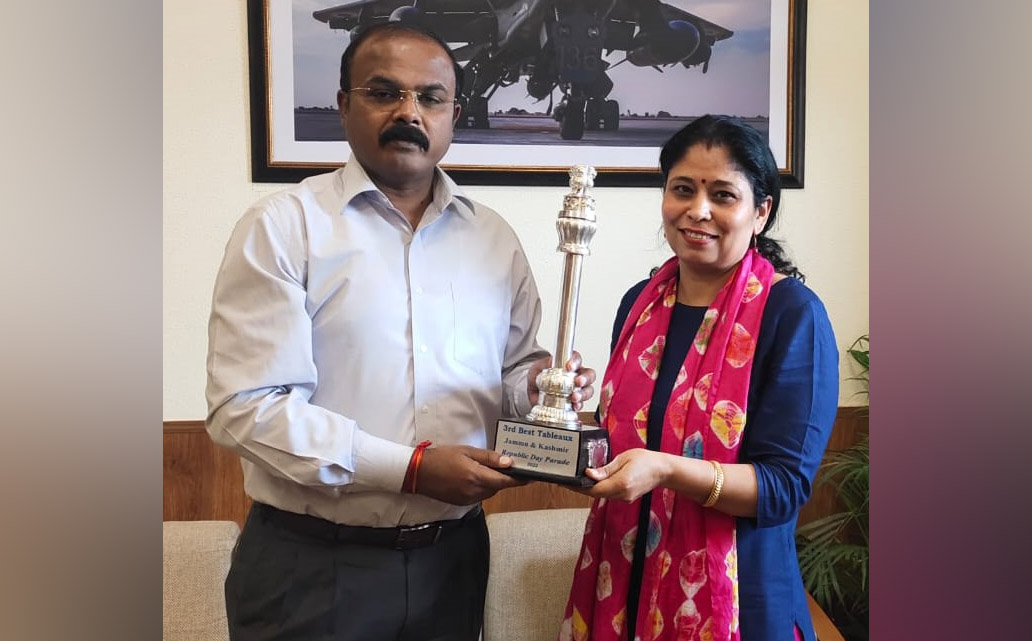 NEW DELHI, March 11: Jammu and Kashmir was today awarded the Third best Tableau in the Republic Day Parade amongst the States and UTs in popular choice category.
The award trophy was received by Deputy Labour Commissioner and Deputy Director Information, Veedushi Kapoor on behalf of the J&K Government.
This ranking was decided on the basis of an on-line poll which was conducted through My GOV App in coordination with Ministry of Defence for the Citizens to vote for their favourite Tableau from various States and UTs which participated in Republic Day 2022 parade celebrations.
The Tableau – 2022 of UT of J&K depicted “Changing face of Jammu and Kashmir in the backdrop of developmental scenario”. It showcased the world famous Shri Mata Vaishno Devi Bhawan Katra, Indian Institute of Management (IIM), Indian Institute of Technology (IIT), All India Institute of Medical Sciences (AIIMS). The Tableau also highlighted The World’s Highest Railway Bridge on Chenab River and Banihal Qazigund in the backdrop of snow clad mountains of Kashmir.
The Tableau- 2022 was designed and fabricated by an Eminent Artist Shri Veer Munshi.