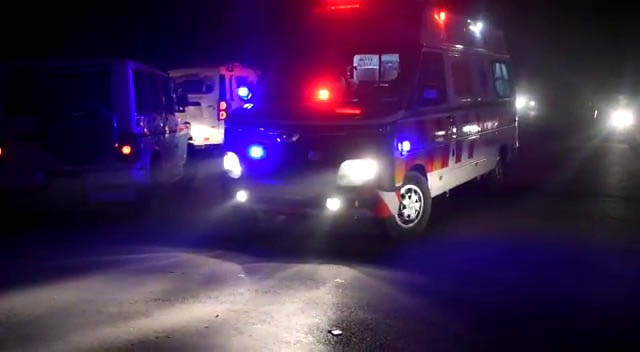 Srinagar, Dec 21: A joint party of the J&K Police and CRPF came under fire from terrorists at Soura in Srinagar district on Tuesday evening, officials said.
Police sources said the Superintendent of Police, Hazratbal, along with a CRPF team, were conducting checks at a ‘naka’ point in Soura when a terrorist fired upon them. Nobody was hurt but the team of police and security forces promptly retaliated.
Sources say probably the terrorist got injured during the retaliation but managed to escape.
Police sources said they are following on the vehicle-borne terrorist. Additional forces have reached the spot and an operation has been started to nab the attacker. (Agencies)