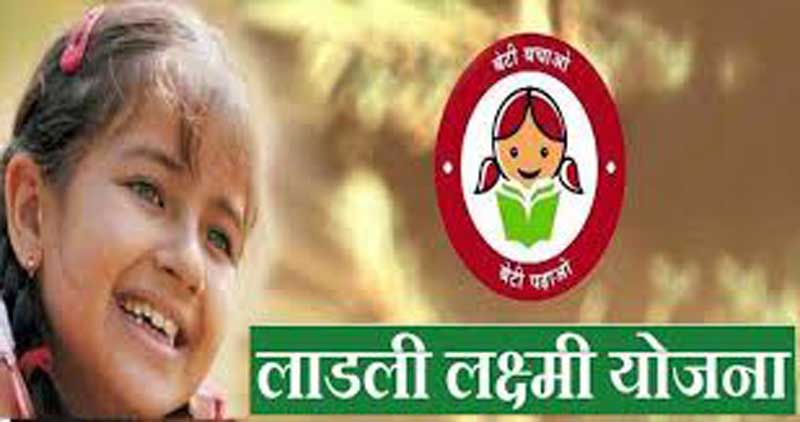 Gopal Sharma
JAMMU, June 13: The people under Below Poverty Line (BPL/PHH) category in the Union Territory of Jammu and Kashmir have been deprieved of the benefits of ‘Ladli Beti Scheme’ , launched by the Government on the mere plea of Permanent Resident Certificate (PRC).
Interestingly, on August 5, 2019 with the creation of UTs of J&K and Ladakh and abrogation of Articles 370 and 35-A, the State Subject Law was also abolished in Jammu and Kashmir and was later replaced by the Domicile certificate but interstingly, for availing benefits of ‘Ladli Beti Scheme’, the officers in the ICDS wing of the Social Welfare Department are still demanding State Subject (PRC) from the beneficiaries along with other documents like Aadhar Card, Ration Card, income and date of birth certicates of the girl child.
Official sources said that under ‘Ladli Beti Scheme’ every month Government deposits Rs 1000 in the bank account of the girl from BPL/PHH cetegories. After the girl attains the age of 21 years, she is provided Rs 5 lakh for her marriage under the Scheme. As a part of major slogan of Modi Government’s “Beti Padao, Beti Bachao” this ‘Ladli Beti Scheme’ has been formulated to accord financial help to the poor parents for the education and marriage of their daughters.
Vinod Choudhary- an aggrieved father of a poor girl told the Excelsior that for the last one and half year, he took many rounds of various Government offices to collect the documents required for getting the benefits of the Ladli Beti Scheme for his girl child. He said despite COVID period, he managed all the documents and moved to the office of ICDS (SWD), but the officials there demanded State Subject certificate of the girl with other documents.
Choudhary said he told them that he had no such certificate being West Pakistani Refugee but since now J&K is UT, he has attached Domicile certificate with the file. Then he contacted a senior woman officer in the same office but she too, claimed that a clear notification in this regard is yet awaited and she can not help. The staff refused to entertain the application.
The dejected and victimised by the system, Vinod Choudhary said when Government has abolished PRC in J&K and introduced Domicile then why these employees were still demanding PRC, is a million dollar question. But these officials do not give proper reply and just passed a buck to the Deputy Commissioner who is Chairman of the Scheme or the Administrative Department.
Vinod said he also contacted the DC Jammu few days ago who claimed that it was not Centrally sponsored but J&K Govt Scheme. Some clarification from Government in connection with this scheme was yet awaited. Then he returned. He said DC is the chairman of the scheme, he also failed to provide any relief.
He said the innocent and poor public is being harassed and made to take rounds of the Governmnent offices. There is no body to listen to the woes of poor people. They are just made to run from one office to another. What is the purpose of making so loud claims and issuing large public notices in newspapers of Schemes by the Government when it is not willing to provide them real benefit. Why the poor public is being befooled. He said the Lt Government must clarify on the issue whether J&K is still State or a UT.
Another aggrieved father, Rajesh Kumar from Bishnah tehsil of Jammu said, the concerned officials rejected his file for want of PRC. Kumar said he was shocked to listen from the officials concerned and realized that they were just avoiding to provide benefit of the Scheme. Despite long argument over the issue, no body there in the office was ready to listen. Neither they, provided any satisfactory reply.
Kumar said, ” I told them that from where he would bring PRC when he donot have it. The copy of Domicile Certificate has already been attached in the file. But they were not ready to listen.”
He further revealed that after long hard work and taking rounds of Government offices, he managed all the documents with the hope that he would be able to get benefit under the Scheme for his minor daughter but he found that officials were deliberately closing the doors for the poor, deprieving them of the benefit.
While despite repeated calls, Director General, Women and Child Development J&K, Mir Tariq and Dy Director, ICDS Jammu Tina Mahajan did not pick up the phone, Mission Director, ICDS Rubina Kouser however, giving just casual reply claimed that she was not aware of the issue as she has recently joined. She further said that Administrative Department was directly dealing with this Scheme.