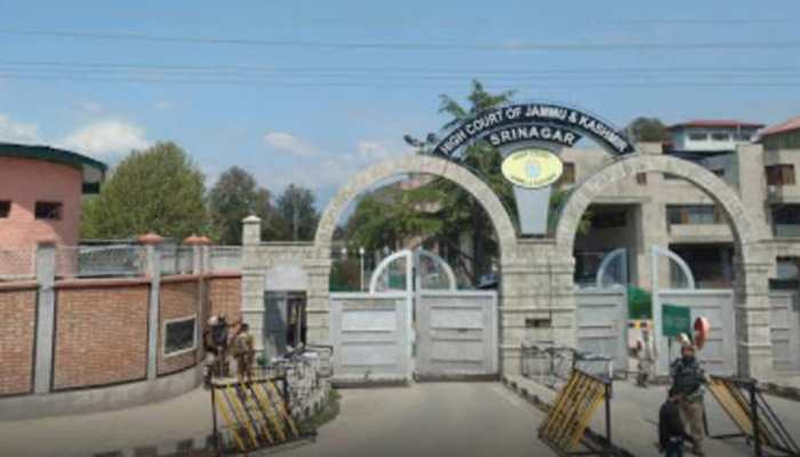 JAMMU, Dec 30: The recent advertisement inviting applications from non-locals also for various Non-Gazetted posts in J&K High Court has triggered a sharp reaction among all the political parties and other organizations who said opening of jobs to outsiders is unacceptable to them as this will put careers of local unemployed youth in jeopardy.
Reacting over the recruitment notification, J&K Pradesh Congress Committee (JKPCC) said that another bluff of BJP leaders with regard to the safeguards of local youth in Government employment has been exposed.
JKPCC chief spokesperson Ravinder Sharma questioned the repeated statements of top BJP leaders promising the protection of the rights of the local youth in the Government jobs in J&K in the new arrangement of UT, as no such safeguard is available as per law to the local youth.
“The recent advertisement has put the things open and cat is out of the bag now and as per new arrangement the jobs are now open to all eligible candidates from any part,” Sharma said and asked the Government to stop playing with sentiments of educated unemployed youth.
National Conference provincial president Devender Singh Rana while talking to media persons on the sidelines of a religious function in Jammu demanded protection of jobs for locals in J&K, saying unemployment has alarmingly grown manifold during the recent years.
Rana expressed concern over limited avenues of employment, saying a thrust is needed to be laid on fast track recruitment process and to put in place a robust mechanism of employability.
“There are a large number of vacancies in various departments but these have neither been notified nor advertized during past few years, causing despondency among the educated unemployed youth,” Rana stated and also demanded special drives for time bound recruitment in remote and far off areas.
Reacting strongly on the issue, senior PDP leader Ved Mahajan said this new development has proved that “we were right in opposing abrogation of Article 370 and 35A.” He added that BJP Government was making promises with people that job reservation and land rights will remain there even after abrogation of these articles. “The recent recruitment advertisement of J&K High Court has proved that BJP was just befooling the people of J&K,” he added.
Mahajan said that the BJP Government has already split J&K into Union Territories of J&K and Ladakh, which is a big loss for the local people. He said people had some hope that the Government will enact provision of domicile on the pattern of Himachal Pradesh State for job security to local youth and land protection but BJP gave them shock in the shape of J&K High Court advertisement. He asserted that future of local youth seems to be in dark.
Reacting on the issue, JKNPP chairman Harsh Dev Singh said it would not only mar the prospects of the local unemployed educated youth but also have a demoralizing effect upon the educated aspiring youths of the erstwhile state.
“The J&K Government was hardly advertising any new posts to fill up vacancies in Government departments despite the ever growing number of unemployed educated youths year after year and contrarily it divested the J&K youth of the already existing posts/jobs by advertising the same on all India basis,” the former Minister lamented.
Commenting on the issue, Ashok Koul, BJP general secretary (organization) said they have always said that the job and land of locals should be protected and there must be some riders whether it is provision of domicile or any other rule for the outsiders to apply for the Government job or purchase land in J&K.
He said they will definitely take up the issue with the Government. Koul, however, said that for specialized posts such as doctors in medical colleges and professors in the universities, doors should be opened for all and the best talent should be given preference whether he/she is local or outsider
While reacting over media reports that posts in different categories in Government would be filled up at national level, J&K CPI (M) secretary GN Malik termed it as the first gift by the BJP Government to the unemployed youth of J&K post abrogation of Articles 370 and 35A.
“This is contrary to the assurances repeatedly given by the leadership of the ruling party to the people post abrogation of Articles 370 and 35A,” Malik said, adding already the unemployment in J&K has reached to alarming proportions and with these steps it is bound to have disastrous results.
Raising serious concern over the opening of local jobs to outsiders post Article 370 abrogation, Pradesh Youth Congress (PYC), J&K, termed it as a cruel joke of BJP Government with the youth of Jammu and Kashmir. Uday Chib, president of J&K PYC, said it seems that BJP has taken J&K youth for granted by offering the locals jobs to the outsiders.
“It is highly astonishing and contrary to the assurances repeatedly given by the leadership of the ruling party to the people. Already the unemployment in J&K has reached to alarming proportions and with these steps it is bound to have disastrous results,” Chib asserted.
Taking strong exception to the purported advertisement inviting applications from non-locals also for various categories of posts in J&K High Court, Zorawar Singh Jamwal, chairman of Team Jammu, said that the advertisement was a shocker for everyone in J&K notwithstanding their overwhelming support to abrogation of Article 370 and 35A.
“People of J&K, particularly of Jammu Province – who are well known for their patriotism, overwhelmingly supported the Modi Government’s move on abrogation of Articles 370 and 35A for complete integration with Indian Union but opening floodgates for everyone and playing with future of our youth is not acceptable, ” said Jamwal and appealed the Government to immediately take corrective measures for protection of rights of locals and avoiding mass reaction by peace loving people of Jammu.