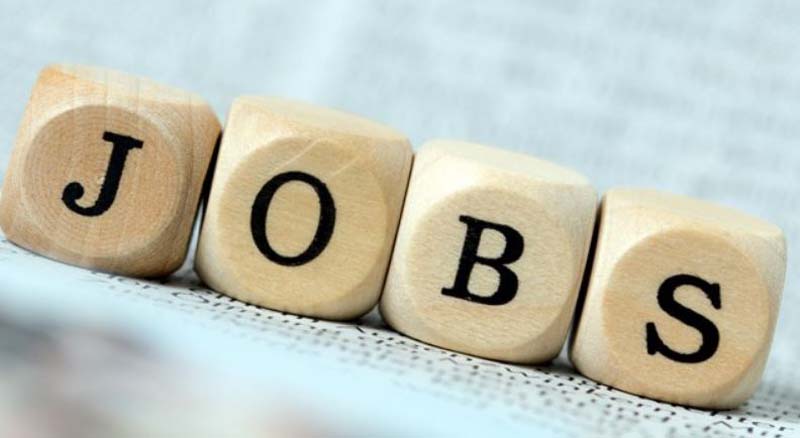 Recruitment no longer to be made on district basis

Neeraj Rohmetra
JAMMU, Apr 4: Union Territory of Jammu and Kashmir will be the only political entity in the country, wherein all Government jobs have been reserved for domiciles only and not open to other residents of the country, who don’t qualify under the domicile rules as defined under Jammu and Kashmir Services (Decentralization and Recruitment) Act.
This has been done by virtue of Jammu and Kashmir Reorganisation Order (Adaptation of State Laws) Second Order, 2020 issued by Union Home Ministry yesterday and not by any Constitutional Protection as is the case of few other States.
“There were few other regions in the States like Andhra Pradesh and Karnataka and North-East, which offered reservation to locals in certain specific areas. But, these had Constitutional backing like Article 371D in case of Andhra Pradesh, Telangana and Article 371 J in case of Karnataka and other provisions of Article 371 for North-Eastern States”, opined legal experts adding, “however, in case of J&K UT, no such Constitutional backing exists after the abrogation of provisions of Art 370 on August 5, last year”.
“Himachal Pradesh and Chhattisgarh have provision for reservation of domicile for only Class III and Class IV posts. In case of States like Punjab and Gujarat, there is no provision for reservation of jobs for domiciles”, experts added.
Reliable sources also pointed out that the crucial amendments to the Jammu and Kashmir Services (Decentralization and Recruitment) that reserved all the jobs in the Union Territory for the domiciles were issued by the Union Home Ministry barely two days after the promulgation of the original notification due to personal intervention of Home Minister, Amit Shah.
Angry reactions were witnessed across the Union Territory, when Centre on April 1 issued a gazette notification titled -Jammu and Kashmir Reorganisation (Adaption of State Laws) Order 2020 thereby declaring that jobs for domiciles had been reserved only up to Group 4, which is equivalent to the rank of constable in police parlance and multi-tasking staff in Government offices.
Taking notice of the widespread resentment across the political spectrum of the UT and in all regions, sources said, “the Union Home Minister took the initiative of discussing the issue with local party unit of the Bharatiya Janata Party and RSS. All of them unanimously expressed their apprehensions about the repercussions of the newly promulgated notification”.
“There was a near unanimity over the viewpoint that Central leadership had achieved its prime objective of achieving political integration of the erstwhile State after abrogation of Article 370 on August 5 last year and made one country, Constitution, one flag slogan a reality. However, the new domicile laws would erode the credibility of party and Centre both and undo the work done under the leadership of Prime Minister Narendra Modi”, sources elaborated.
Subsequently, the Home Ministry sought detailed report from the Union Territory administration, while simultaneously taking note of the angry response of people as published in EXCELSIOR since the issuance of notification on April 1.
Sources further said, “on April 3 Union Home Minister Amit Shah discussed the matter with Prime Minister Narendra Modi and consultations were also held with National Security Advisor, Ajit Doval and Union Home Secretary, Ajay Kumar Bhalla”, adding, “the Home Minister insisted on making J&K an exception of reserving all jobs for domicile despite having no Constitutional protection”
Presently, some States were having domicile reservation by virtue of Constitutional protection like Andhra Pradesh (Article 371D); Karnataka (Article 371J) but J&K is devoid of any Constitutional protection after amendments in provision of Article 370, which made it redundant.
Thereafter, the Union Home Ministry yesterday issued an order titled – the Jammu and Kashmir Reorganisation (Adaptation of State Laws) Second order 2020, which amended the Jammu and Kashmir Civil Services (Decentralization and Recruitment) Act Section 3A, 5A and 8 and reserving all Government jobs for domiciles.
Legal experts when asked to comment on the issue of domicile reservation in jobs said, “there is hardly any political entity in the country with such reservations across the board in jobs without any Constitutional protection”.
“In Himachal Pradesh, the recruitment of only Class IV and III posts are restricted to candidates, who have passed matriculation and 10+2 respectively from institutions situated within Himachal Pradesh. In Chhattisgarh, reservation for Class III and IV posts of district cadres in various Departments are reserved for local residents falling under Bastar and Sarguja Divisions only”, experts opined.
“There are other States like Andhra Pradesh, Telangana and Karnataka, where some reservation has been extended by virtue of Constitutional Protection”, experts said, adding, “in Karnataka, Article 371 J empowers President to reserve certain posts in any Body or Organisation in Hyderabad and Karnataka regions. Similarly, in Andhra Pradesh and Telangana, the Constitution empowers the President to reserve posts for domicile up to certain limits”.
Elaborating further on the criterion for recruitment to various posts, sources pointed out, “while the Jammu and Kashmir Union Territory will have district, division and State cadre posts, there will be no more recruitment on district basis as was the case earlier”.
“Sections of Jammu and Kashmir Civil Service Decentralisation and Recruitment Act, 2010, which defined criterion for district-based recruitment had been revoked as they were in clear violation of guidelines laid by Supreme Court for the recruitment process”, sources asserted.
Sources added, “MHA is likely to frame similar guidelines favouring domicile reservation for Government jobs were also likely to be framed for Ladakh Union Territory”.