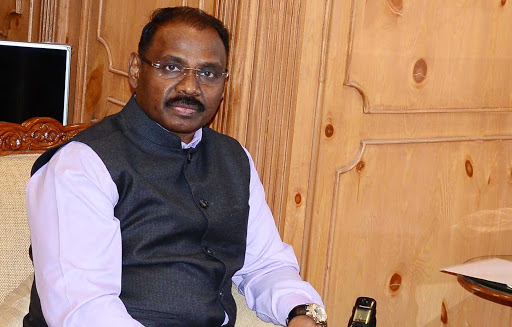 He said the LG and Lt Gen Joshi discussed various important issues pertaining to the prevailing security scenario and the overall security management in Jammu and Kashmir.

The northern Army commander briefed the LG about the security situation in the forward areas and hinterland of J&K and the successful anti-terrorist operations being conducted by the Army, the spokesperson said.

He said the LG stressed on the high importance for maintaining close and effective synergy between the Army and other security forces in combating anti-terrorist activities, besides dealing with any emergent situations in an effective manner for maintaining peace and harmony in Jammu and Kashmir.

Murmu commended the role being played by the Army for ensuring a secure environment for the people of Jammu and Kashmir and the comprehensive measures being taken by the security forces in containing the spread of COVID-19 pandemic in the UT, the spokesperson said.