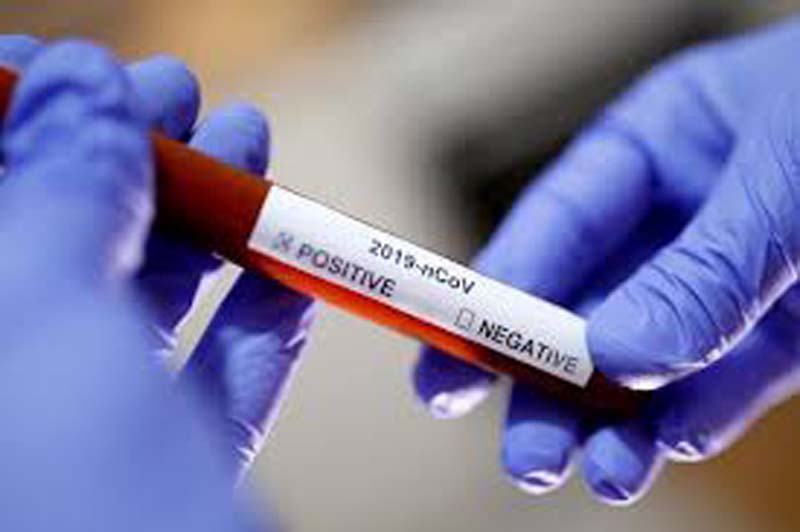 All incoming persons to be 100 pc tested for COVID virus

JAMMU, Apr 30: The UT Government today issued detailed guidelines on movement of stranded people in different parts of the country to Jammu and Kashmir making administrative quarantine of 21 days mandatory for those coming from Red Zones/Districts and an equal days of home quarantine for the rest.

Click here to watch video
The Standard Operating Procedure (SOP) of J&K Government for regulated movement of migrant workers, stranded students and others was issued this evening by Chief Secretary BVR Subrahmanyam, who also happened to be the Chairperson, State Executive Committee (SEC).

“Those coming from Red Zones/Districts will be medically screened and put under administrative quarantine for 21 days while those coming from non-Red Zones/Districts will be screened and put under strict home quarantine for 21 days. The concerned Deputy Commissioners will follow the protocol of pasting stickers outside the homes of quarantined persons and the SPs will keep police beats activated in such areas,” the SOP said.
However, no one from Red Zone/District/Hotspot will be allowed to enter Jammu and Kashmir without prior permission of the Nodal Officer of J&K as part of an organized movement.

Click here to see full order
It added that the persons reaching from outside J&K without the permission of Nodal Officer of the UT will be considered to be part of non-regulated movement and all such persons will be put under administrative quarantine for 21 days at Lakhanpur or elsewhere as determined by the Nodal Officer.
The people coming with prior permission of the Nodal Officer will be treated as part of “regulated movement” and those coming without such permission will be put in the category of “non-regulated movement”.
“Movement of stranded persons will be regulated by the Nodal Officer of J&K (Shaleen Kabra, Principal Secretary Home) in a staggered manner in coordination with Nodal Officers of other States/UTs. Priority will be given to stranded workers and students,” the Government order said, adding that all incoming persons will be 100 percent tested for COVID-19 virus. The Health Department will make necessary arrangements for lifting samples at Lakhanpur and various districts to meet the requirements, and to do Pool Testing of these samples.
As per the SOP, based on results of these tests, a decision on shifting persons from administrative to home quarantine will be taken by the Deputy Commissioners/Divisional Commissioners in consultation with CMOs/Director Health Services concerned.
The Commissioner/Secretary Labour Department will coordinate outward movement of migrant workers held up in J&K to their home States/UTs under the supervision of the Nodal Officer.
“The DCs will be responsible for transit, receiving, quarantining and testing of arriving stranded persons. They will enhance their quarantine facilities at local level by utilizing schools buildings, Panchayat Ghar, Hostels, Youth Kendras, Community Halls etc to be used at a future date as arrivals increase,” the Government order said, adding that all conditions/guidelines issued by the Ministry of Home Affairs, Government of India, on safety/health/precautions/social distancing/masks will be followed during transit of the people.
The SOP empowered Nodal Officer (Lakhanpur), AK Sahu, Commissioner/Secretary, PHE, Irrigation and Flood Control to make arrangements for holding health screening of incoming persons at Lakhanpur/Kathua/Samba and dispatching them to their respective districts in an orderly manner. It said in case, a particular district is not able to administratively quarantine all inbound persons due to exhaustion of capacity, the concerned Divisional Commissioner will authorize utilization of administrative quarantine of any adjoining district.
Meanwhile, Jammu district today became Corona-free with all three remaining patients including a Government Medical College (GMC) Jammu doctor, mother of another GMC doctor and a staffer of ASCOMS Sidhra, treated successful and discharged from the hospitals while active cases in Udhampur district were reduced to just two as another patient from village Tikri was cured.
Jammu district has joined Samba in becoming Corona-free while three other districts of Jammu region including Doda, Kishtwar and Poonch haven’t reported a single COVID-19 positive case so far.
“Unless some new cases emerge, Jammu is unofficially Corona-free but the district administration will declare it COVID-free only after following the set protocol for such purposes,” sources said.
Udhampur district now has two patients while Rajouri, Reasi, Ramban and Kathua districts have one each totaling six.
Jammu had total 58 Corona positive cases. However, with today’s four recoveries number of total patients treated and discharged has gone up to 51. There has been one death of Corona patient.
Condition of all six remaining Corona patients in Jammu region, four of whom were admitted in the Chest Diseases Hospital and two in the GMC Jammu was stable, doctors said.
GMC Jammu Medical Superintendent Dr Dara Singh told the Excelsior that two Corona patients who were admitted in the hospital were discharged today after they tested negative twice and passed other tests. They included a Post Graduate doctor in Medicines Department of the GMC Jammu and mother of another GMC doctor, who was the first doctor to become Corona positive in Jammu region.
“Now, there are only two COVID-19 positive patients left in the GMC Jammu including a 82-year old woman from Udhampur and a Lower Roop Nagar resident, who was shifted to hospital from ASCOMS Sidhra,” sources said, adding since the Roop Nagar patient had mentioned his address in the official records as Ramnagar, he has been included in Udhampur district.
Two Corona patients were discharged from the Chest Diseases Hospital Jammu. They included an ASCOMS Sidhra staffer and a man from Tikri Udhampur.
CD Hospital Medical Superintendent Dr Rajeshwar Sharma said now only four COVID positive patients were admitted in the hospital including one each from Rajouri, Kathua, Ramban and Reasi districts. Condition of all of them was stable. They were still asymptomatic, he added.
No positive case has been reported from any part of Jammu region for the last three days.
According to sources, if no fresh case was reported in the region and everything goes well, Jammu region could be Corona-free within a fortnight as all six remaining patients were responding to the treatment.
Referring to discharge of another patient of Udhampur district, Deputy Commissioner Udhampur Dr Piyush Singla tweeted: “One more from Udhampur recovered. Only one active case now. At no cost this should make as complacent and ignorant to ignore advisories”.
Sources said only one inhabitant of Udhampur district was now Corona-positive but since Lower Roop Nagar, Jammu resident has mentioned his address as Ramnagar, he is being counted in Udhampur district.
On the other, over 2000 workers from different States today crossed Lakhanpur, the gateway to Jammu and Kashmir, and the district administration facilitated their entry into their respective district headquarters in the Government buses.
They will be quarantined at their district headquarters for 14 days before being allowed to go home.

Sr. officers to regulate movement
Pursuant to the Ministry of Home Affairs (MHA) order permitting regulated movement of the persons stranded due to lockdown, the Government of J&K Union Territory has assigned seven senior officers the tasks related to the movement of such persons into and outside Jammu and Kashmir.
As per the order, Shaleen Kabra (7006927358), Principal Secretary, Home Department, has been assigned the charge of Nodal Officer/Overall Incharge for co-ordinating movement of stranded persons from all State/UTs except Punjab and Himachal Pradesh.
Dheeraj Gupta (9419067899), Principal Resident Commissioner, J&K Government, New Delhi and Niraj Kumar (9419080444), Additional Resident Commissioner and Ex-officio secretary, J&K Government, New Delhi, shall assist Nodal Officer for coordination with other Resident Commissioners.
Ajeet Kumar Sahu (9419110001), Commissioner Secretary, Jal Shakti department, has been assigned the task of coordination of movement of residents of Jammu and Kashmir stranded in Himachal Pradesh and Punjab into J&K and also movement of all stranded persons within J&K.
Saurabh Bhagat (9419197752), Commissioner Secretary, Labour & Employment, shall assist the Nodal Officer in the coordination of outward movement of migrant labourers stranded in J&K while Talat Parvez Rohella (9419400065), Secretary Higher Education Department, shall assist the Nodal Officer in coordination of inward movement of students of Jammu and Kashmir stranded in different States/UTs.
Ravinder Kumar (9469112000), Managing Director, J&K SIDCO, shall assist Nodal Officer for coordinating movement of stranded persons. He shall remain headquartered at Civil Secretariat, Jammu till completion of the assignment.
The Nodal Officer will coordinate with his counterparts in other State and guide/monitor the District administration in respect of the movement of migrant workers, pilgrims, students and other persons stranded.
Pertinent to mention that Ministry of Home Affairs (MHA), vide order number 40-3/2020-DM(A), dated 29-04-2020, has permitted regulated movement of migrant workers, pilgrims, tourists, students and other persons stranded at different places due to lockdown.