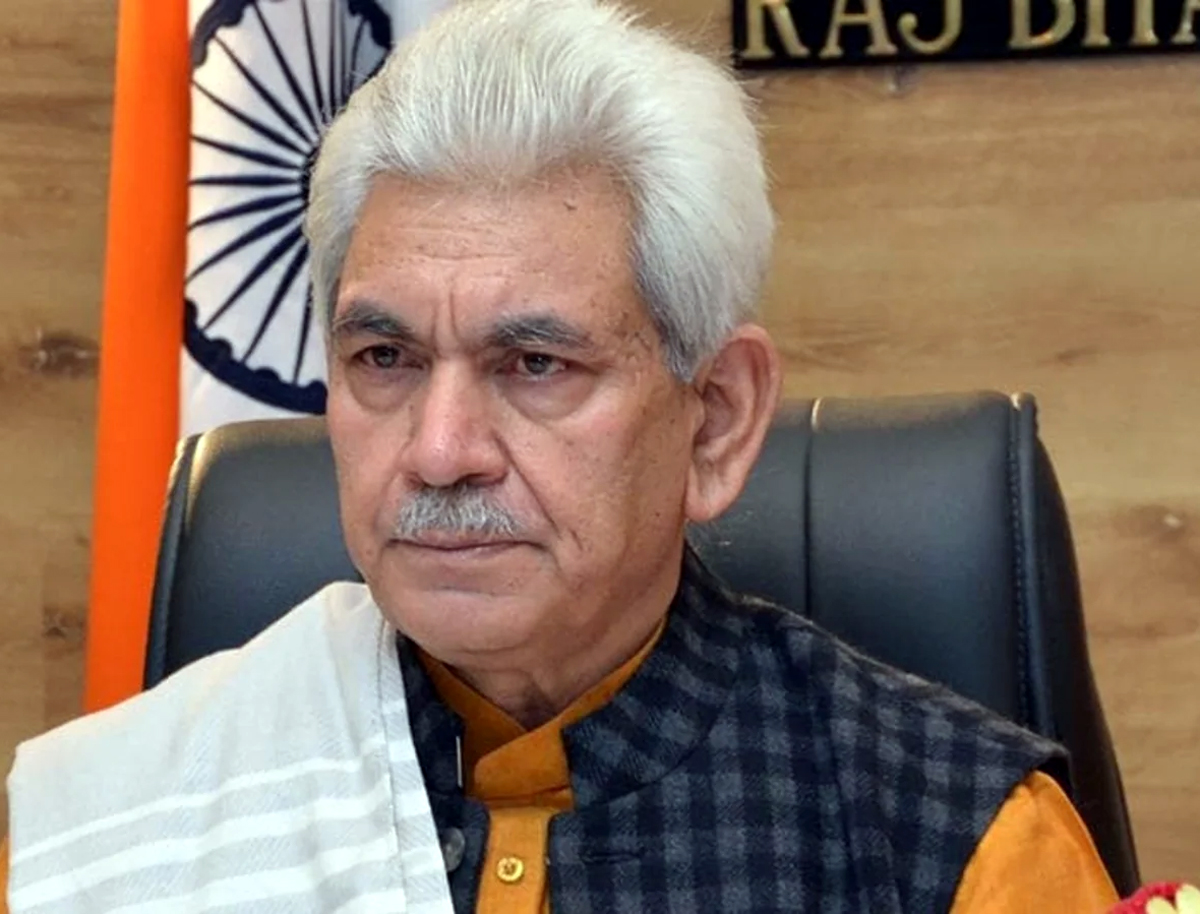 ‘Install smart meters, help in checking theft’
Excelsior Correspondent
JAMMU, Mar 21: Lt Governor Manoj Sinha today said that the Union Territory is expected to attract Rs 70,000 crore worth investments in the next six months.
J&K has been looking to bring in investments in diverse sectors, including tourism and hospitality, and currently a UAE delegation is visiting the Union Territory.
The delegation reached Srinagar on Sunday to explore investment opportunities in the region, following an invitation by the Lt Governor at the Dubai Expo in January this year.
Officials said that the Lt Governor along with Ranjan Prakash Thakur, Principal Secretary, Industries and Commerce, and other Government officials will showcase investment opportunities to the visiting delegates as part of a four-day programme, focusing on entrepreneurship, tourism and hospitality sectors.
Click here to watch video
The Lt. Governor said that the J&K Government has already sanctioned industrial investment proposals worth over Rs 26,000 crore so far and provided land to the investors. “We are hopeful of getting an investment of over Rs 70,000 crore in the next six months,” Sinha said.
The 34-member delegation includes top businessmen from real estate, hospitality, telecom, import-export, and other sectors. A member of the ruling family in Sharjah is also part of the delegation.
“The delegates are looking for avenues where investment can be made in J&K,” Sinha told reporters on the sidelines of a function here.
About the four-day programme, Sinha said, “I am hopeful that its good results will be witnessed by the people of J&K.”
Asked about the sectors that are expected to attract investment, he said a clear picture will emerge tomorrow. “The investment is going to take place in both regions of J&K in different areas and sectors,” he said.
According to the officials, the Union Territory is aiming to attract new investment in industries and tourism by highlighting key opportunities and growth sectors to the delegation.
The officials said the delegation will also visit the famous hill resort of Pahalgam in south and Gulmarg in north Kashmir to explore investment opportunities in the tourism and hospitality sector.
They said there will be pitch presentations by several importers, exporters and start-ups in J&K along with an overview of the cottage and silk industries, product displays and artisan meets.
The programme is in line with the initiatives taken by the Government towards creating favourable infrastructure for export promotion and an entrepreneurial-friendly environment, the officials added.
Meanwhile, Sinha said, Jammu and Kashmir is incurring an annual loss of Rs 3,400 crore in transmission and distribution of power. He urged consumers to install smart meters for round-the-clock quality power supply.
“We are purchasing electricity for Rs 6,000 crore but only getting a revenue of Rs 2,600 crore. We are suffering a loss of Rs 3400 crore annually,” Sinha said .
He said for the last seven decades, no credible efforts were made to increase the power capacity or strengthen the transmission and distribution system.
“The present Government, for the last one and a half year, is making sustained efforts to ensure reliable power supply to consumers, besides reducing transmission losses and improving distribution efficiency,” he said.
In a major to ensure uninterrupted power supply, he said the areas being installed with smart meters will be made curtailment free along with the supply of quality power to the end-users.
“From today, 6,603 smart meter households connected to four feeders of Jammu will receive quality electricity. I appeal to the people to install smart meters and help the administration in controlling theft and reducing wasteful consumption,” the Lt Governor said.
He said the move will enable consumers to monitor their power consumption behaviour and regulate it accordingly.
“The pre-paid feature, to be enabled in coming days, will provide desired flexibility in the consumption of electricity to consumers,” he said.
Sinha said similar arrangements are being emulated in Kashmir as well.
“I know most of the people want smart meters and are also paying their electricity bills on time,” he said, adding “it is the right of the people to have quality and interrupted power supply and we are making efforts in this direction to fulfil our responsibility.”