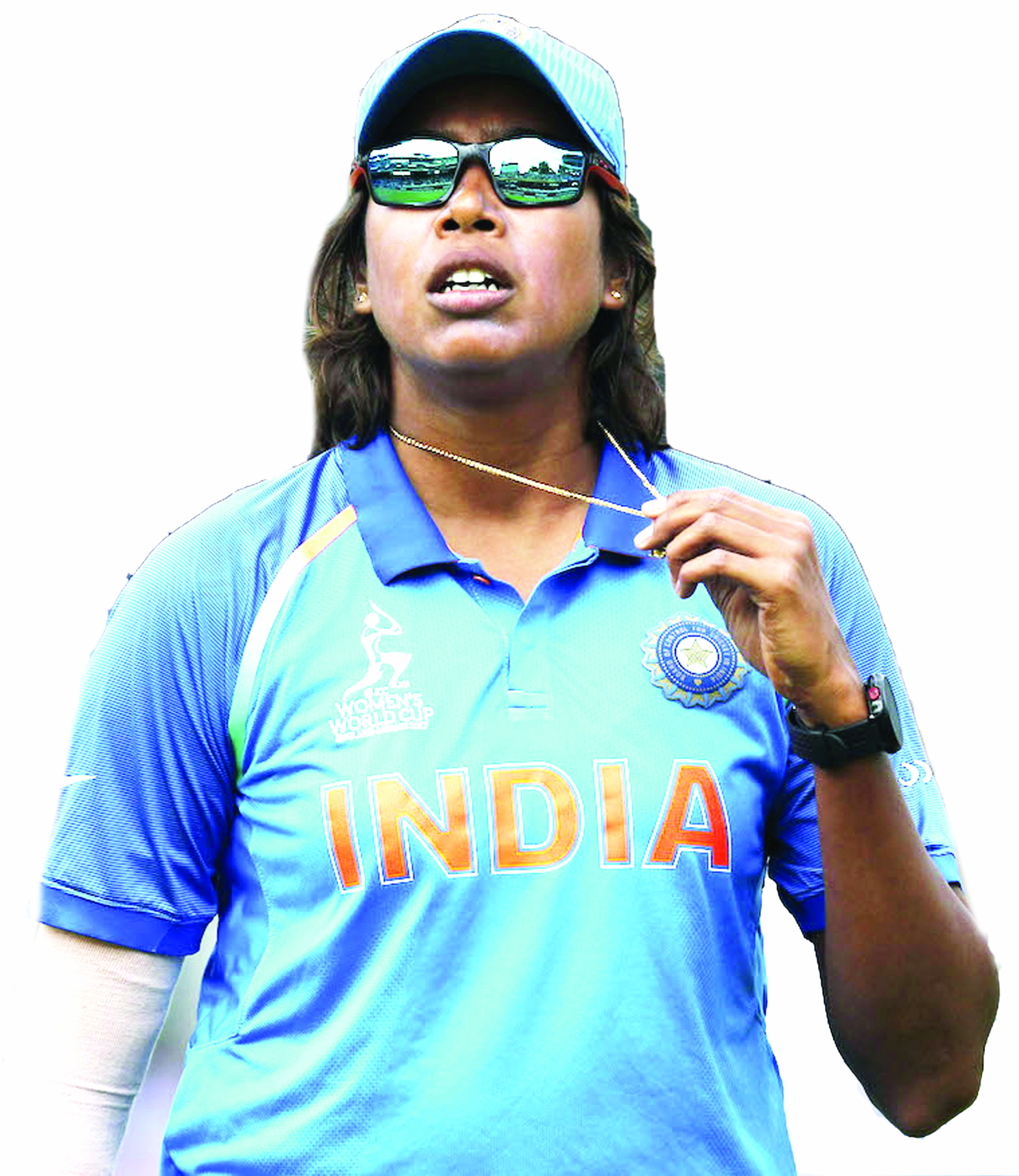 Harihar Swarup
Jhulan Goswami is retiring. With that ends a spectacular career and a story worth countess retells. The mindboggling numbers-more than twenty years as top-flight fast bowler, over 350 wickets across formats, most balls bowled (9945 till Friday) in ODIs and also the youngest (23 years, 277 days) to take 100 wicket Test haul-alone led a sense of completeness to a career that has seen everything barring a World cup win.
Pronged by a probing in swinger and stifling Yorker, Goswami was the reason India were not pigeonholed as a team of letters and all-rounder.
Still, that’s barely half the reason why Goswami is a legend. It was her story that helped sow many dreams. “Girls from villages are playing cricket, dreaming of representing, all because of Jhulan. “Rumeli Dhar, former India all rounder said from Baroda. “She has inspired not just bowler or batters, but the cricketers, only because of that work ethic.”
Chakdada, a 90-minute train ride from Kolkata, is where this journey started in the early 1990s when Goswami casually bowled her male friends at school or after tuition. But Eden garden inevitable became pivot of this story when, in 1997, Goswami- then a ball girl-watched Australia captain Belinda clerk lift the world cup trophy. That kicked in the impulse to take up the game seriously but it was not before Swapan Sadhu-a popular force at grass root cricket-persuaded her parents to allow Goswami board a train to Kolkata park for regular training. “We never skipped training”, said Dhar. And ” she never backed out of anything, be it dancing or trying to speak English .She was always a cut always when comes to persevering.. That’s why she is Jhulan Goswami”.
‘What stood out was her courage and conviction”, said former India coach and all rounder Purnima Rau who first saw Goswami as a teenaged gangly fast bowler who had joined Air India as a professional.
At 19 came her India debut but by no means was Goswami unprepared for it. “I used to make her open with the new ball, bowl the middle overs with the old ball, basically prepare her for all situations”, said Rau. ” The idea was she should be ready for any situation when she plays for India.
So unrelenting was Goswami in her quest to be the best that she even sought help from Tarak Sinha at Delhi’s sonnet club. Sinha made her bowl along with Ishant Sharma to some of the best India and Ranji Cricketers at the time. Like then, she still makes male batters hop. Rohit Sharma knows the feeling, having faced Goswami recently at the NCA nets during his rehab. “I was challenged by her in-swinger”, he said before Australia series.
What Goswami means to Indian women’s cricket has little to do with how many wickets she has or the years she played. Of much greater value is the example she has set about being a thorough professional. Like in 2011 when Cricket Association of Bengal forgot to mention her on a special plaque listing India captains from Bengal: Pankaj Roy and Sourav Ganguly being the other two. Goswami didn’t care or react. The generation to come after them will be more dashing and better bred, said Rau. But they must not forget the qualities that made Julian what she is now. (IPA)