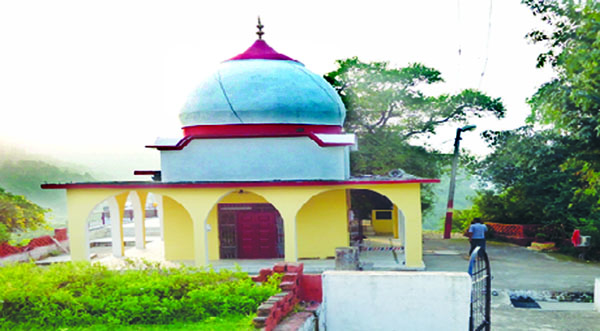 K.D. Maini
As per the legend Jhanger was named after a Brahman, Jhanger Dass who come here to live. After finding the place quite beautiful, he then invited his natives, friends and known persons to settle in this locality.
At that time this area was mostly a forest and bushy land. However, with the passage of time, the poor and landless persons from surrounding areas migrated to this place, constructed their huts and started culting forests, bushes and established land holdings and started cultivating the crops. In this way, a small village came up. After the death of Jhanger Dass the natives named the area as ‘Jhanger’ after his name.
In 20th century when Jammu, Mirpur, Kotli and Poonch road was constructed during Dogra period, Jhanger attained a great importance and became a halting station between Mirpur and Kotli. After some time, Nowshera was also linked with Jhanger and Jhanger became a centrally located place between Mirpur, Kotli. It was 24 miles away from Mirpur, 22 miles from Kotli and 23 miles from Nowshera. Jhanger was a part of Mirpur Wazarat before partition.
Presently Jhanger is a headqarter of a Naib Tehsildar Office and comprises of the villages i.e. Kalsan, Bhawani, Kanat, Khamba, Sarya while Jhanger township is a part of Khamba area where a big fort was constructed during Sikh rule between 1827 to 1846 by Raja Dhayan Singh, the then Prime Minister of Punjab Darbar. Jhanger township is comprises of about 200 houses and known for shrine of Baba Biram Sha Ji Dutt and smark of Brigadier Mohd Usman who laid his life by fighting the Pakistan sponsored forces on 3rd July, 1948. This township is surrounded by mountainous terrain.The line of control passes through this area by touching Jhanger also. The township is inhabited by the Hindu Population, however the surrounding areas have Muslim and Sikh population also. Mostly Gujjar Bakerwal tribes are residing on the mountainous areas of the Jhanger valley.
Ziarat Shahlakh is a sacred place for Muslim population which is located in Bhowani Top near Jhanger. The Asthan of Peer Shahlakh is also located there. It is said that there was a water spring wherefrom the villagers used to take water. However, the owner in whose land the spring was located was allowing the people of his choice to take water from that spring. Once Peer Shahlakh asked that person for allowing him to take water but the owner refused to do so. Therefore, next day the spring changed his position and started flowing near the house of Peer Shahlakh who allowed everybody to take water from that spring. After the death of Peer Shahlakh a shrine was constructed where apart from Muslims the people of other communities also visit.
Jhanger is also known for the shrine of Baba Bheeram Shah Ji Dutt who was originally hailing from Sialkot and migrated to this place in 17th century A.D. The sixth Guru Hargobind Singh Ji Maharaj while going to Kashmir in 1616 while staying at Nowshera for some time also visited Jhanger where Baba Bheeram Shah Ji Dutt met Guru Ji. Guru Ji had long discussion with Baba Bheeram Shah Ji Dutt and came to know that Baba had a number of head and heart qualities, a saintly person and possess a great knowledge about Sikhism. Therefore, Guru Ji inspired Baba Bheeram Shah to spread Sikhism in these mountainous areas. The Shrine of Baba Bheeram Shah is located in the heart of this township where a Mela is organized every year and the devotees from Jhanger, Nowshera and other areas participate in the Mela.
The temple of Mata Mangla Devi of Mirpur was very popular among the Hindu population of Mirpur and Nowshera area before partition. After 1947-48 when line of Control was established between Jhanger and Mirpur, the devotees were deprived of having Darshan of Mangla Devi. One day a Brahman of Bhowani – Jhanger area had a dream in which Mangla Mata gave Darshan to him and told that she had shifted from Mirpur to the Cave of Bhowani. Next day that Brahman visited the site and found the image of Mangla Mata in the cave. Therefore, he told devotees that Mangla Mata has shifted to Bhowani, then an attractive temple was been constructed at that site.
The village came into lime light during the Indo-Pak war of 1947-48 when the Indian army fought a tough battle against Pakistan sponsored forces with great courage and determination. After the fall of Mirpur in the hands of rebels Jhanger was the next target which was 24 KM from Mirpur. At that time Mirpur was a Brigade Headquarter of state forces headed by Brigadier Chater Singh but more than half of his force deserted the brigade, joined Pakistan sponsored forces and started fighting against the forces of their own brigade. In these circumstances the morale of remaining state forces was low.
This was the time when Indian forces started operation from Jammu and advanced towards Jhanger which was captured on 19th November by Brigadier Pram Japee in 1947. Then the forces moved towards Kotli and captured it on 26th November by the Indian forces after hand to hand fighting with Pakistan sponsored forces. But it was not possible for the Indian forces to defend the isolated Kotli town without reinforcement which was not possible at that time. Therefore, Brigadier Pran Japee along with his force and 9000 refugees of Kotli vacated the town on 28th November and reached Jhanger. Since Jhanger was a junction point between Mirpur and Kotli. Pakistan sponsored forces repeatedly attacked Jhanger and captured it on 24th December, 1947.
However, Janger was recaptured by Indian forces under the command of Brigadier Usman, though he attained martydom during the operation. Presently a big Mela is organized at Usman Smarkto revive the memories of Brigadier Mohd Usman and other martyrs with the involvement of the public of jhanger, Nowshera and surrounding areas.