E-Paper
Home Latest News Javadekar assures to leave no stone unturned to catch those behind death... 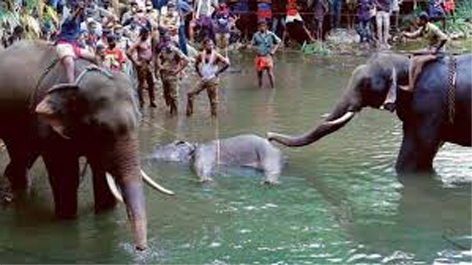 NEW DELHI, June 4: Taking a serious note of the killing of an elephant in Mallapuram in Kerala, Minister for Environment and Forests Prakash Javadekar on Thursday said that the government will not leave any stone unturned to nab the culprit.

”Central Government has taken a very serious note of the killing of an elephant in Mallapuram, Kerala. We will not leave any stone unturned to investigate properly and nab the culprit(s). This is not an Indian culture to feed firecrackers and kill,” Javadekar said.

An elephant that was pregnant died in Kerala, standing in water, last Wednesday, after she ate a pineapple filled with firecrackers, allegedly left by some locals. The fruit exploded in her mouth, leading to the inevitable tragedy.

The incident came to light after a forest officer narrated the details of the horrific death on social media.