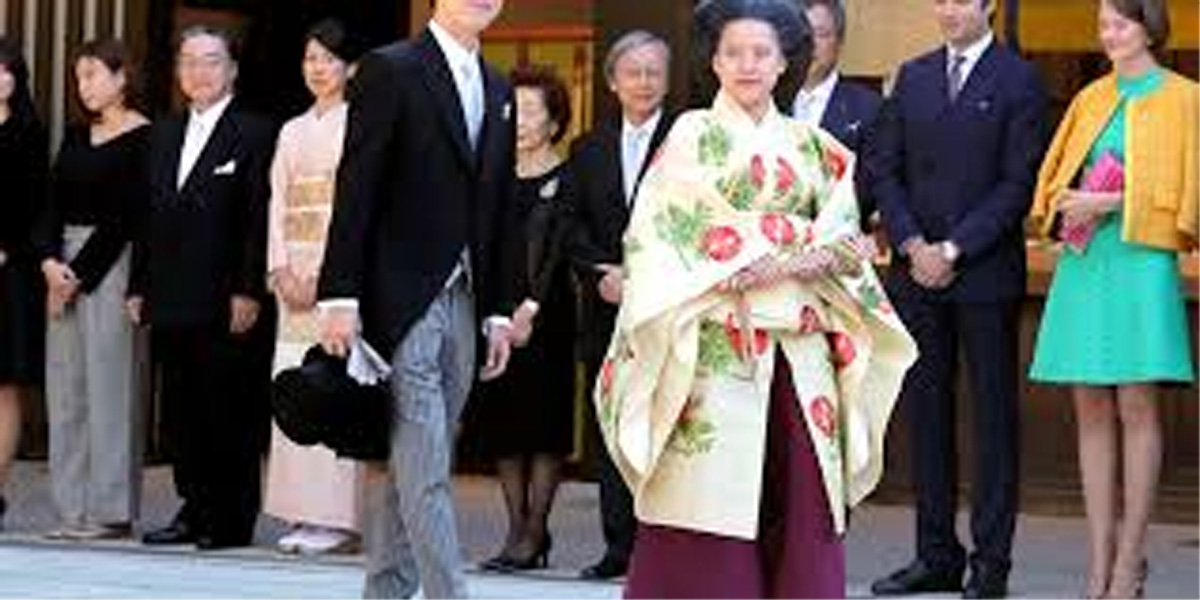 TOKYO, Oct 29: A Japanese princess has married a commoner in a ceremony at Tokyo’s Meiji Shrine.
Princess Ayako is the 28-year-old daughter of the emperor’s cousin, and the groom, 32-year-old Kei Moriya, works for major shipping company Nippon Yusen.
The couple was shown on national news walking slowly before guests at the shrine Monday morning.
She wore a Heian-era style hairdo and a traditional robe splashed with red and green patterns while Moriya wore coattails.
Women who marry into the imperial family become members of the family, but those who marry commoners, like Ayako, must leave.
The eldest granddaughter of Emperor Akihito is set to marry a commoner in 2020.
Akihito has said he will abdicate. His eldest son, Crown Prince Naruhito, will ascend to the Chrysanthemum Throne on May 1. (AGENCIES)