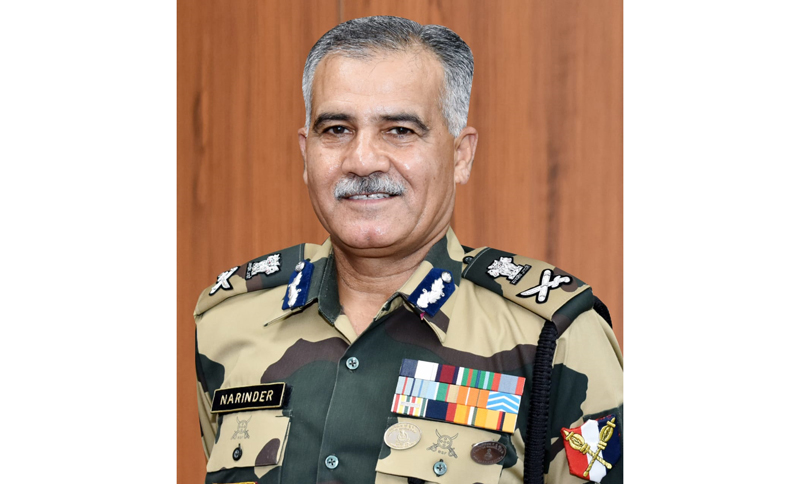 Excelsior Correspondent
JAMMU, Sept 29: N S Jamwal, the Inspector General of BSF, Jammu frontier, has been promoted to the rank of Additional Director General (ADG) and posted to the Western Command Chandigarh, a spokesperson for the border guarding force said today.
Jamwal, who hails from Jammu, has an illustrious career spanning 37 years with expertise in different fields. He received his promotion order on Tuesday, the spokesman said.
He said the officer joined the BSF in 1984 as Assistant Commandant (direct entry) and served in eastern and western frontiers of the Border Security Force (BSF) such as Meghalaya, Manipur, Mizoram and Cachhar, Jammu and Kashmir, North Bengal and BSF Academy Tekanpur.
He also served in the NSG on deputation in 1995 to 1998, the spokesman said, adding he has been a research fellow at the Institute for Defence Studies and Analysis (IDSA) Delhi.
The spokesman said Jamwal is also qualified for a course on Terrorist Assistance Programme at Washington, USA and International Border Security and Management briefing programme at International Defence Trg, in UK.
A recipient of the President’s Police Medal for meritorious service in 2006 and the President’s Police Medal for distinguished service in 2016, Jamwal has been conferred with ‘Ati Utkrisht Seva Padak ‘, Secretary commendation Roll and many Director’s General Commendation Rolls and appreciations.
He said Jamwal commanded a very challenging frontier of Jammu for more than two years now and the frontier has achieved tremendous success operationally under his command.
“The International Border has been kept well-guarded and the nefarious activities of adversaries were repulsed vehemently. He was instrumental in robust border management on the Jammu border,” he said.