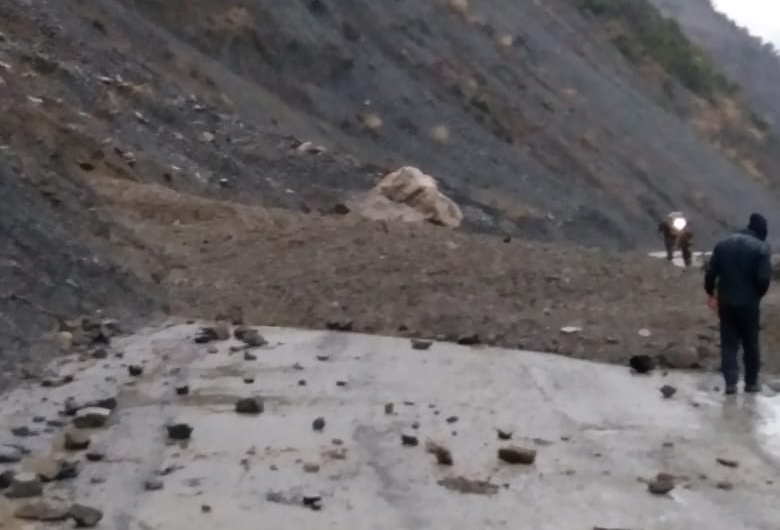 BANIHAL/JAMMU, Jan 23: Traffic on the 270-km Jammu-Srinagar national highway, the only all-weather road linking Kashmir with rest of the country, was suspended on Sunday following landslides triggered by heavy rains and snowfall, officials said.
Over 100 trucks are stranded between Chanderkote and Ramsu and efforts by the road clearance agencies are on to make the road trafficable.
Officials said the helicopter service to Mata Vaishno Devi shrine atop Trikuta hills in Reasi district also remained suspended due to inclement weather but the yatra continued despite a landslide on the new track and fresh snowfall at the bhawan.
Senior Superintendent of Police, traffic, Shabir Ahmad Malik said the Jammu-Srinagar national highway was closed after overnight rains triggered landslides and shooting of stones from the hillocks at various places including Cafeteria Morh, Duggi Pulli (Chanderkote) and Panthiyal in Ramban district.
No fresh traffic, which was scheduled to ply from Jammu towards Srinagar, was allowed this morning, he said.
The officer said Banihal sector also received heavy snowfall, rendering the arterial road slippery.
Officials said a landslide occurred on the new track leading to the Mata Vaishno Devi shrine around 5 am on Sunday.
The landslide was cleared and the route is now open for the pilgrims, the officials said, adding the helicopter service, however, remained suspended for the second day on Sunday due to inclement weather.
Vaishno Devi shrine experienced over six inches of snow, while the depth of snow in its peripheral areas including Bhairon Ghati was over one feet, the officials said.
The weather office has predicted moderate rain or snow in both divisions of Jammu and Kashmir till Sunday evening followed by significant improvement in weather from January 24 to January 28.
Katra, the base camp for the pilgrims visiting Vaishno Devi shrine, recorded the highest 50.6 mm of rainfall during the past 24 hours till 8.30 am Sunday, while Jammu city recorded 13.7 mm of rainfall during the same period.
Banihal town in Ramban district was the coldest recorded place in Jammu region with a low of minus 1.3 degrees Celsius followed by Bhaderwah (0.6 deg C), a spokesperson of the meteorological department said.
He said Katra recorded near normal minimum temperature of 6.2 degrees Celsius, while Jammu city recorded 8.7 degrees Celsius, 1.7 notches above normal during this part of the season. (Agencies) 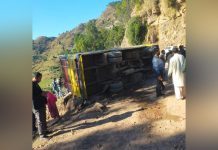 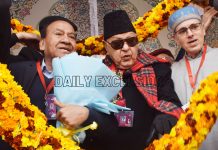