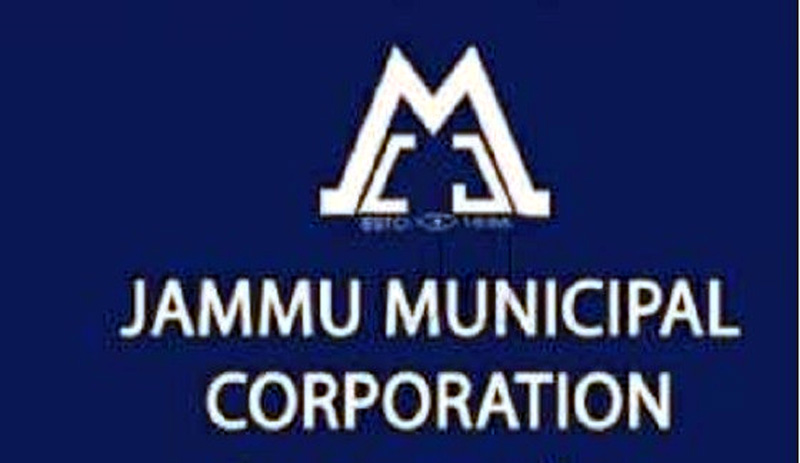 Sanjeev K Sharma
Jammu, Mar 8: Naming and renaming places and saying no to the much talked Property Tax were among many resolutions passed by the General House Meeting (GHM) of Jammu Municipal Corporation (JMC) here today while the House also took certain questions for discussion.
“Almost all the 36-37 resolutions introduced today were passed in the House,” JMC Mayor, Chander Mohan Gupta informed adding that he was feeling proud that an important resolution brought by him for naming Chowk at fourth Tawi Bridge as Major Som Nath Chowk was passed unanimously in the House.
“Major Som Nath Sharma was a valiant Army officer and the first recipient of Param Vir Chakra (PVC)-highest gallantry award in Indian Army,” Gupta said adding that the resolution was seconded by Surinder Sharma, Councillor of Ward 38.
Resolution brought by Independent Councillor, Sham Lal Basson demanding Police Station Chowk at Bahu Fort road to be named after Savitri Bai Phule was also passed in the House.
Phule was the first lady teacher in India.
Another important resolution on Property Tax brought by Congress chief whip in the House, Dwarka Nath Chowdhary was also passed and the Mayor assured that such tax will not be levied in Jammu in any form as there were speculations that it might be levied under the name of Development Tax.
Another resolution of naming road at Bahu Plaza area from Jain Chowk to Ambedkar Chowk as Dr Shama Prasad Mukerjee Marg was also passed in the GHM of JMC.
A Councillor had brought a resolution that meat shops should be allowed to remain open in Navratra days as closure of these shops affects income of certain people associated with the business but the entire House unanimously opposed the proposal and it was not passed.
On resolution by Shama Akhtar of Ward 71 demanding regularisation of residential colonies in Sidhra, the Mayor said that when regularisation of colonies will be done in Jammu, it will be taken into consideration.
She has alleged that Sidhra people are harassed by Jammu Development Authority and other such agencies when they start some constructions work.
Shama had also raised the issue of defunct hand pumps in her Ward.
The Mayor informed that resolution for a big complex at Town Hall was also passed as new departments are likely to be added to JMC after the implementation of 74th amendment.
He said that other resolutions passed today included that of procuring JDA land at Bhagwati Nagar for making some new complex for JMC.
“Detailed Project Report for this is yet to be made,” the Mayor maintained adding that resolution of transferring JAKFED land at Rehari to JMC was also passed.
Resolution of BJP Councillor Arun Khanna of Ward 25 demanding proper demarcation of Ward areas was also passed along with his resolutions of exclusive voter lists for Municipal elections having nothing to do with those of Parliamentary and Assembly elections.
Resolution by BJP Councillor of Ward 12, Jeet Angral that old and damaged quarters within JMC limits in all 75 Wards of Jammu which are declared unsafe may be demolished to make multi-storeyed structure with basement parking on rent basis was also passed unanimously.
Angral also brought a resolution proposing smart linear drainage system-a fundamental aspect of smart city concept.
He claimed that besides other advantages this system can withstand load up to 25 tonnes and rodents cannot penetrate through its walls etc.
Angral said, this system has 20 years guarantee and is compatible to solid waste management system which has been implemented in phase-wise manner in some areas of Jammu city.
On this, the Mayor said that initial amount for starting the project has been received and more money will be received as the work progresses.
Gupta said that it will slowly be implemented in every Ward of Jammu city.
Resolution regarding renaming Peer Kho area as ‘Shiv Nagari Peer Kho’ by Narotam Sharma, BJP Councillor of Ward 3 was also passed.
Gurmeet Kour Randhawa, BJP Councillor said if estimates are made for developmental works then tendering process is not done and if it is done the contractors do not work properly which hampers developmental programmes.
She also raised the issue of contractual employees of JMC and said salaries of such workers should be hiked as they are working with JMC for the last 10 years.
Sucha Singh of Ward 31 had question on expenditure of transportation in JMC and he was given written answer.
The House assembled nearly at 10:30 in the morning and continued its business till 2.30 in the day.