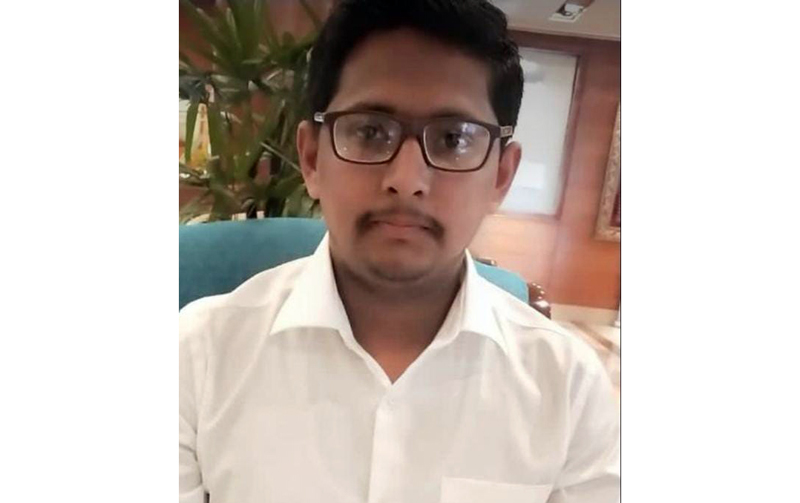 Excelsior Correspondent
JAMMU, Sept 24: A Jammu boy, Suchiter Sharma at the age of just 22, has cracked IAS exam, the result of which was declared by Union Public Service Commission today.
Son of Ritu Mangotra and Madan Lal Sharma (Both teachers), hailing from border village, Salehar in Bishnah Tehsil of Jammu district, Suchiter secured 146, All India Rank.
He did his graduation from GGM Science College, Jammu with main subjects- Botany, Zoology and Geology, securing 86 % marks during 2020 and appeared in the preliminary exams of IAS just five days after his BSc Final exams and achieved this feat in first attempt. Suchiter did his schooling from Army School, Rattnuchak with 94.8 % marks in 12th.
Though Suchiter described his cousin sister, Praysi Sharma as his source of inspiration who had qualified IAS during 2014, yet he gave main credit to his parents as guiding force and main support to him during his studies. The boy said from 12th onwards, he was very clear in his ambition and started self study for IAS since then. He also obtained coaching from a local IAS Academy in Gandhi Nagar area of Jammu but mainly relied only on self-study.