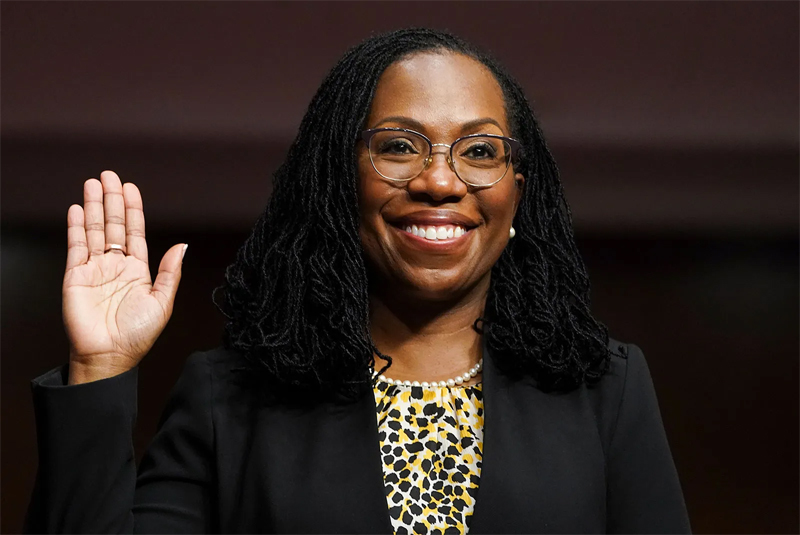 Washington, Sept 30:Justice Ketanji Brown Jackson is making her first appearance on the Supreme Court bench in a brief courtroom ceremony three days ahead of the start of the high court’s new term.

President Joe Biden, Vice President Kamala Harris and their spouses are expected on Friday at the invitation-only ceremonial investiture for Jackson, the first Black woman on the Supreme Court.

During the ceremony the 52-year-old Jackson will follow the custom of every other new justice since 1972 and sit in a chair that once belonged to John Marshall, who served as chief justice for 34 years in the early 1800s.

Marshall also was a slaveholder, perhaps adding a special poignancy to Jackson taking her place in his onetime possession. She is only the third Black justice in the court’s history, along with her new colleague Justice Clarence Thomas and the late Justice Thurgood Marshall.

Friday’s ceremony includes the reading of the proclamation appointing Jackson to the court. She will also repeat the oath she took when she formally joined the court in June, just after the retirement of Justice Stephen Breyer.

Jackson was confirmed in April on a 53-47 vote in the Senate, with three Republican senators joining all Democrats to support her.

Biden had pledged during his presidential campaign that he would nominate a Black woman to the Supreme Court.

Jackson is the first justice appointed by a Democratic president since Justice Elena Kagan joined the court in 2010. Kagan was appointed by former President Barack Obama, who also appointed Justice Sonia Sotomayor in 2009.

It appeared Obama would get a third high court pick when Justice Antonin Scalia died in February 2016. But Senate Republicans refused to take up Obama’s nomination of Merrick Garland, then serving as a federal appeals court judge. Garland, now Attorney General, will also participate in Friday’s ceremony.