Excelsior Correspondent
JAMMU, Apr 29: Demanding revocation of new criteria, scores of Junior Assistant (JA) and steno-typist aspirants of the J&K Service Selection Board, staged a protest demonstration outside JKSSB office near Bahu Plaza here today.
They were demanding immediate revocation of new job criteria for the posts of junior assistants and steno-typists. Holding placards in their hands, they were shouting slogans in support of their demand. They alleged that the new job criteria for steno-typists and junior assistants has stressed upon the written test instead of typing test which was previously opposite to it. Earlier, there used to be 60 marks for the type test and 40 marks for CBT test.
Click here to watch video
They pointed out that the new Chairman of the JKSSB has changed the criteria for these posts. This test was earlier in two parts. The sudden change in the criteria has invited unnecessary trouble for the aspirants who are preparing for the exam.
“We have been preparing for the type- test for the past few years and now the abrupt change in criteria has left us in shock. We request the Governor’s Administration and Chairman of the JKSSB to look into the matter so that the order of the matter criteria is revoked,” one of the aspirants said.
Some of the protesting youth claimed that they had been working for the past 3-4 years for increasing their typing speed and now the new criteria has caused them a major set back. They will be compelled to face the written test within next 2-3 months time which is not sufficient. They are feeling ditched by the authorities, they added.
” We have launched an agitation across the State against the Board and will intensify it in near future if they do not revoke the order,” the protesting unemployed youth maintained.

Lady among 3 arrested with 6 kgs cannabis

Mandi village without power for one month 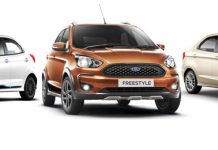