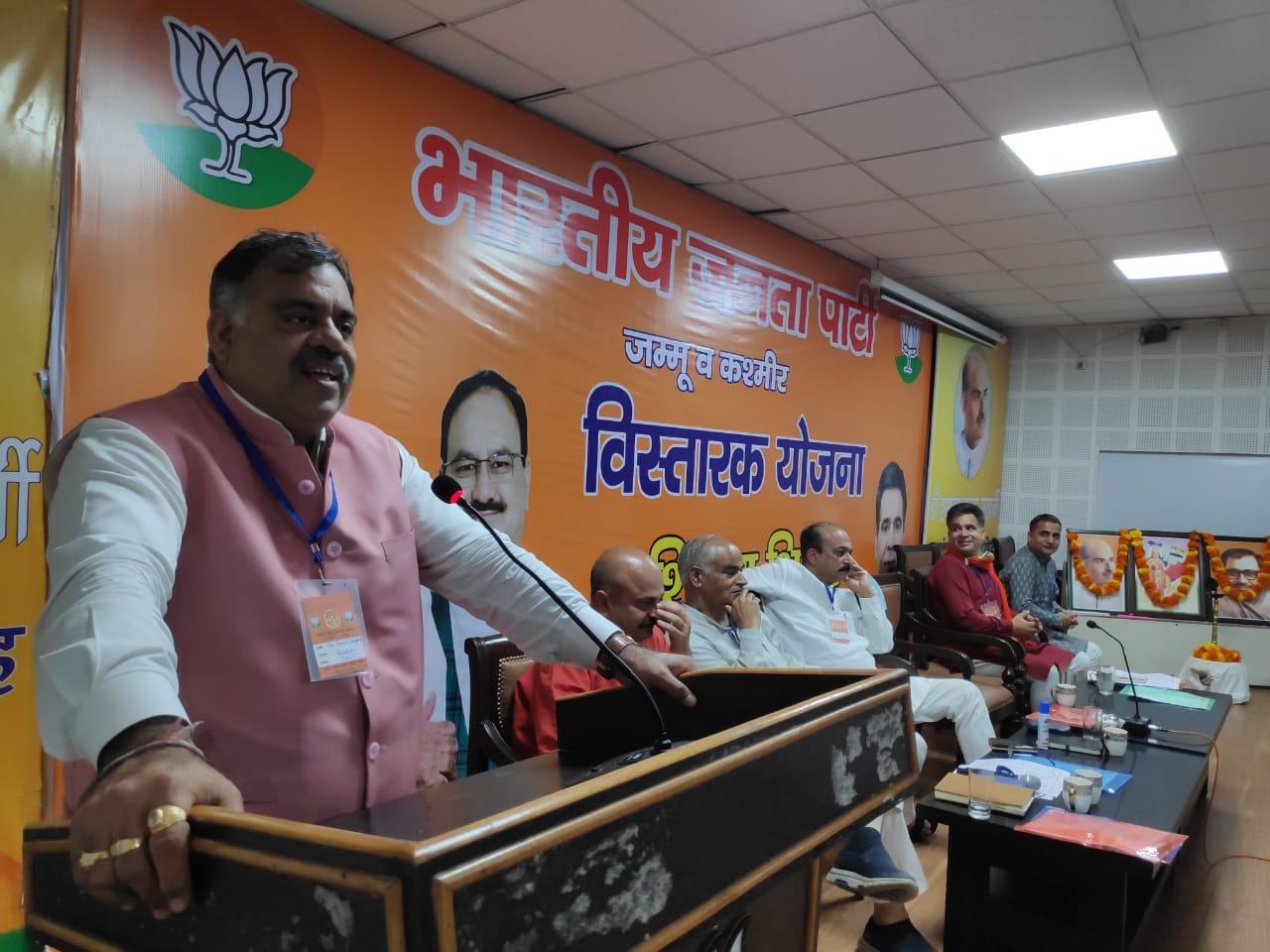 JAMMU, July 31: BJP national general secretary Tarun Chugh today warned Pakistan against playing with fire in J&K by planting and propagating terrorism in the Union territory region.
Addressing a meeting of the BJP “vistaraks” here Chugh, who is the BJP national observer for J&K, said the killing of two terrorists in Pulwama today indicated that Pakistan-sponsored terrorism was still around in J&K for which, he said, Pakistan would have to pay a heavy price.
Chugh complimented security forces for keeping terrorists on the run in the Valley region adding that the killing of 87 terrorists since January last was an indication that the security forces have tightened the noose sending a stern warning to Pakistan.
Chugh said people of J&K had become sick of terrorism now and they wanted development works in a big way to come about. “The people want tourism, not terrorism”, he said.
“J&K has turned a new leaf in which there is no scope for violence and anti-national activities which the Gupkar gang had been propagating for the last seven decades. People want schools, roads and hospitals besides employment opportunities for the youth. They do not want guns and bullets. All these years the Gupkar gang had been misleading the J&K people at the instance of Pakistan and China forces. The time has changed now and a fresh wind in blowing in the region”, he said.
State BJP president Ravindra Raina, state organisational secretary Ashok Kaul, co-observer Ashish Sood , state general secretary Dr Davinder Manyal , yudhveer sethi, and pawan kumar were among other senior leaders present on the occasion.