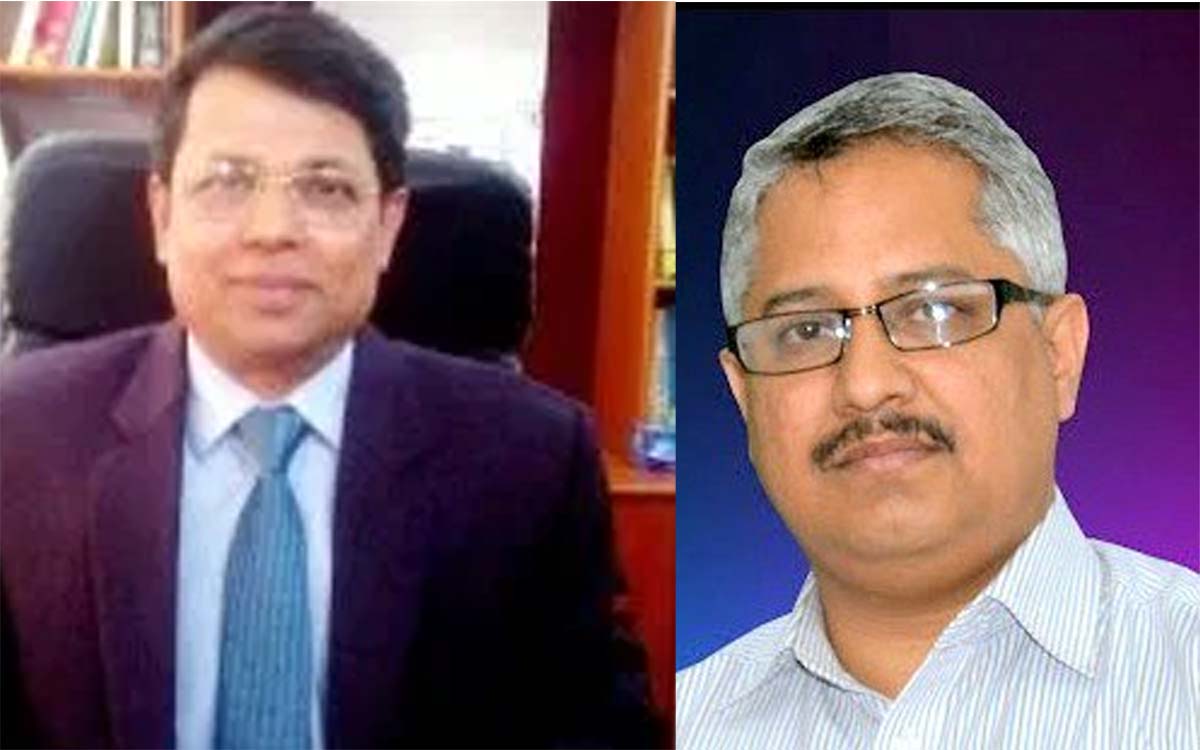 More IAS sought from AGMUT cadre of next batch
Centre to concede request, initiates process
Sanjeev Pargal
JAMMU, Oct 16: The Jammu and Kashmir Government has sought services of eight IAS officers posted with the Government of India as well as some others States including Tamil Nadu, Nagaland and Arunachal Pradesh to overcome shortage of the officers. It has also sought deployment of more IAS officers to the Union Territory from AGMUT (Arunachal Pradesh-Goa-Mizoram and Union Territory) cadre from next batch of the Civil Services whenever the UTs are allotted to the officers.
The Central Government, according to official sources, is all set to concede request of the Jammu and Kashmir Government and is engaged in the process of deputing the IAS officers sought by it at the earliest.
Sources told the Excelsior that from Jammu and Kashmir cadre, the UT Government has sought return of two senior IAS officers including Shantmanu and Dr Mandeep K Bhandari, who are presently on deputation with the Central Government.
Shantmanu is posted as Development Commissioner Handicrafts with the Government of India while Dr Mandeep K Bhandari is holding the post of Joint Secretary in the Union Ministry of Health and Medical Education. Both had held prestigious postings in Jammu and Kashmir including the Divisional Commissioner Jammu. Shantmanu had also served as the Chief Electoral Officer (CEO) J&K while Dr Bhandari held the post of CEO Shri Mata Vaishno Devi Shrine Board for quite a long time.
From outside Jammu and Kashmir cadre, the UT Government has sought the services of Shashank Shekhar, a 1996 batch officer of Nagaland cadre, Mangat Ram Sharma, a 1992 batch IAS officer of Tamil Nadu cadre and Ayushi Sudhan, an IAS officer of AGMUT cadre presently working in Arunachal Pradesh.
Shashank Shekhar is an anti-insurgency expert and has also served in the Union Ministry of Home Affairs while Mangat Ram Sharma is presently posted as Administrative Secretary in Chennai. Ayushi Sudhan hails from Rajouri district of Jammu and Kashmir and is posted as Deputy Commissioner Anjaw in Arunachal Pradesh.
Sources said the Jammu and Kashmir Government has also sought services of three more IAS officers who were natives of J&K but had been allotted IAS cadre in other States.
Last month, Nitishwar Kumar, a senior IAS officer of Uttar Pradesh cadre, had joined as Principal Secretary to the Lieutenant Governor.
The J&K Government has also sought posting of more IAS officers to Jammu and Kashmir from AGMUT cadre from the next batch of Civil Services to overcome shortage of the Direct Recruits.
“The Central Government is likely to accept request of the Jammu and Kashmir Government as their concerns over shortage of IAS officers in the Union Territory are genuine,” sources said, adding that the process has been initiated for return of IAS officers of J&K cadre sought by the UT Government and inter-cadre transfer of other officers. The process is likely to be completed within the next few days.
Just 55-60 IAS officers have been posted in Jammu and Kashmir and number of them were on deputation with the Government of India including three senior officers-Pradip Kumar Tripathi, posted as Secretary in the Union Ministry of Steel, Sudhanshu Pandey, Secretary in the Department of Food and Public Distribution and Sandeep Nayak, Managing Direction, National Cooperative Development Corporation of India, all in the Secretary rank. Another senior IAS officer RK Goyal is posted as Additional Secretary and Financial Advisor to the Ministry of External Affairs.
Arun Kumar Mehta, Financial Commissioner, Finance Department, J&K, who has also been empanelled as the Secretary to the Government of India, is also proceeding on the Central deputation, sources said.
Apart from this, number of IAS officers from Jammu and Kashmir have been sent on deputation to the newly created Union Territory of Ladakh. Among others, they include Umang Narula, Advisor to Lieutenant Governor of Ladakh, Saugat Biswas, Divisional Commissioner Ladakh, Ajeet Kumar Sahu and Ravinder Kumar.
Sources attributed shortage of IAS officers in Jammu and Kashmir to new pattern of deployment of 67:33 by the BJP Government reverting 50:50 of the UPA Government, which has brought Jammu and Kashmir at par with other States. As per 67:33 proposal, there will be 67 percent Direct Recruits in the IAS while 33 percent will be promoted from Jammu and Kashmir Administrative Services. Earlier, there used to be 50 percent Direct Recruits and 50 percent JKAS officers inducted into the IAS.