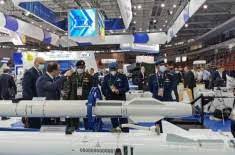 Rome, June 26: Italian police detained a knifeman in Rome on Friday who was harassing passersby near St. Peter’s Square, close to the Vatican enclave, media said.
Police were called after the man put a knife to the face of a woman, the RomaToday news website reported. He is said to have shouted threats and spat at diners in the Borgo neighborhood.
The man was reportedly identified as a 46-year-old French national. Police found eight knives in his backpack. He was handed over to a medical authority for a mental health check.
(AGENCIES)