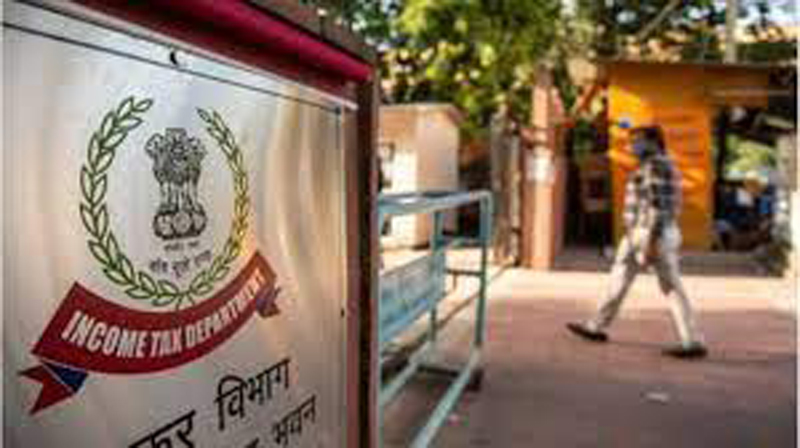 The Income Tax department today conducted raids in multiple States as part of a pan-India tax evasion probe against certain registered unrecognised political parties (RUPP) and their alleged dubious financial transactions, official sources said.
At least 110 locations in Gujarat, Delhi, Uttar Pradesh, Maharashtra, Madhya Pradesh, Chhattisgarh, Haryana and some other States are being searched, they said.
The tax teams are being assisted by police.
An IT team was seen at an office of a lawyer in the Mayur Vihar area, as part of this operation.
A coordinated action has been launched by the department against certain RUPPs, their promoters and linked entities to probe the source of their income and expenditure, the sources said.
Some other instances of political funding through alleged illegal means are also being investigated as part of the action, they said.
The surprise action is understood to have been taken by the department on a recent recommendation of the Election Commission (EC) which recently struck off at least 198 entities from its list of RUPP after they were found non-existent during physical verification.
The poll panel had announced that it was taking action against more than 2,100 entities, categorised as RUPP by it, for flouting rules and election laws, including those related to filing of monetary contributions, failing to update their address and names of office bearers.
It had said some of these parties were indulging in “serious” financial impropriety.
According to the poll panel, it acted after Chief Electoral Officers (CEOs) of States reported that these RUPP either were “non-existent” on verification or the letters issued by authorities to verify their addresses and communication details had been returned as undelivered by the department of posts.
Subsequently, the EC decided to withdraw various benefits accorded to these parties under the Symbols Order (1968), including allocation of common election symbol.
In a statement issued in June, the poll panel had said any RUPP aggrieved by the decision can approach the CEO concerned within 30 days along with all evidence of existence, year-wise annual audited accounts, contribution report, expenditure report and updated list of office-bearers.
Sources in the poll panel had said there were specific details of various such parties, available publicly, that have flouted laws and rules on disclosure of funds and donations.
The EC had later also sent a reference to the Department of Revenue, under the Union finance ministry, for necessary legal and criminal action against three such parties involved in serious financial impropriety.
The Department of Revenue subsequently sent this report to the Central Board of Direct Taxes (CBDT), the administrative body of the Tax Department. Various IT department probe wings are undertaking the action.
According to official data, there are nearly 2,800 registered unrecognised political parties in India.
The poll panel had been pushing the government to allow it to de-register political parties.
On multiple occasions, it has written to the Law Ministry to amend the election law to give it the power to de-register so that it can deter the parties that indulge in financial and other irregularities.
Citing a May 25 order of the Election Commission, sources said various such parties across India have been availing tax relief without properly sharing their audit and contribution reports.
Chief Election Commissioner Rajiv Kumar has been spearheading the cleanup drive against such political entities.’
During his earlier posting as the financial services secretary, Kumar had taken the decision to ask banks to flag shell companies deregistered by the Registrar of Companies and take appropriate action. (PTI)