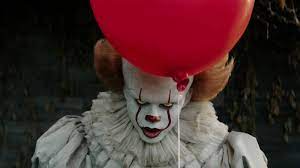 Los Angeles, Mar 30: American streamer HBO Max is developing a prequel series to hit horror film “It”.
According to Variety, the series is tentatively titled “Welcome to Derry” and comes from Jason Fuchs, who will write and serve as executive producer.
“It”, which was released in 2017, was based on Stephen King horror novel and followed the story of seven outcast children from Derry, Maine, who are terrorized by Pennywise the Clown.
Andy Muschietti had directed the film and its 2019 sequel “It: Part Two”.
“Welcome to Derry” will begin in the 1960s in the time leading up to the events of the first film. It will serve as an origin story of Pennywise the Clown, which was played by actor Bill Skarsgard in the two movies.
Muschietti and his sister Barbara Muschietti will executive produce through their Double Dream production company.
Warner Bros. Television is the studio behind the project. (PTI)